Chael  Is An Old School Wrestler With Easy-To-Learn, Practical Techniques That Will Smash Most Traditional Games.   If You Are Looking For A Common Sense Way To Beat The Guys In Your Gym & In Competition Who Only Train Brazilian Jiu Jitsu Techniques: Chael's Time Tested: Anti BJJ Secrets Will Blow Your Mind 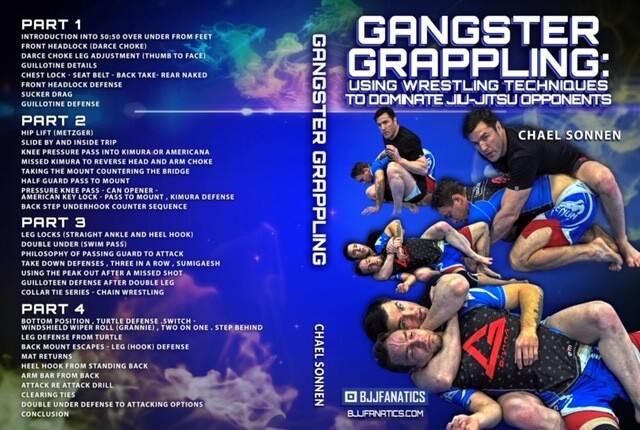 Chael Sonnen is a household name in the MMA community, and it is for a very simple reason - he talks a big game, and then he backs it up

Chael has been training for mixed martial arts since its early days, and rose with the sport to main events being part of some of the biggest shows of all time against some of the greatest fighters to ever compete. Before that, he was an NCAA All American wrestler for Oregon State and a USA Wrestling Olympic Alternate in Greco-Roman Wrestling.

He has lived and breathed fighting for decades, and it has always been with the same game plan: Take people down and make their lives miserable. He has traveled the world, trained with some of the best coaches, and tested and refined his game against the best he could find. Now he is sharing those grappling hacks with the world on his 4-volume set, Gangster Grappling: Using Wrestling Techniques To Dominate Jiu-Jitsu Opponents. 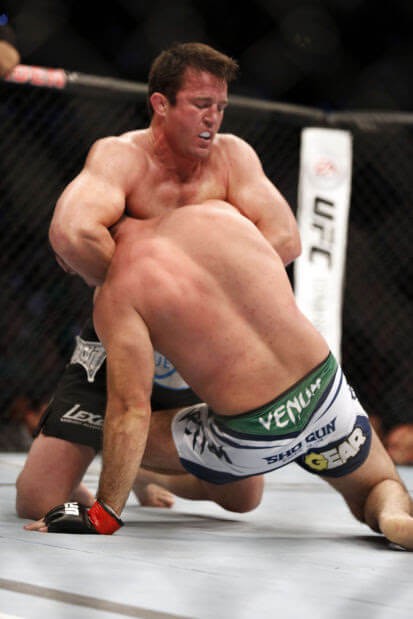 Rolling with a wrestler can feel night and day different from rolling with another standard BJJ guy in your gym. The movement, pace, and style is so different, it can be hard to keep up, even for an experienced fighter. That’s because wrestlers have made a career out of building different moves and reactions that most BJJ guys never consider, so when you do come across them you are left trying catch up. Now you can turn those tricks around and use them to your advantage with Chael’s help, as you see the ways that he has mixed BJJ and wrestling to form his own unique style. 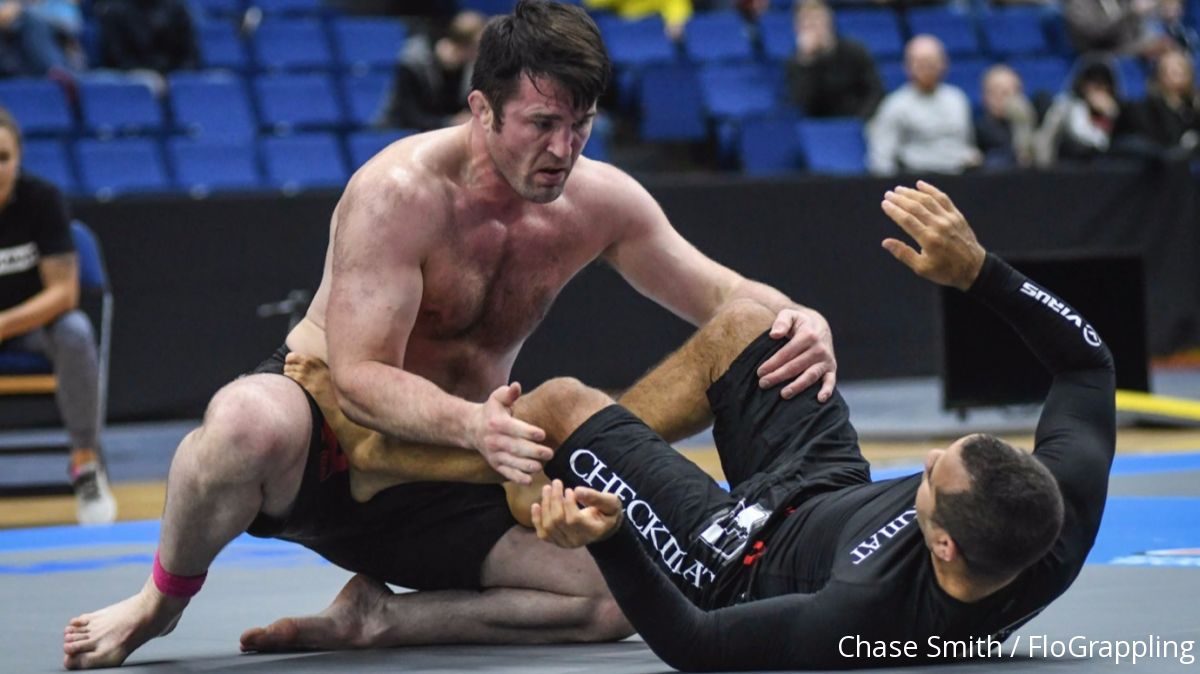 You can go from the person being left in the dust by slick wrestlers to being the one using their own tricks against them, once you have it all broken down for you by the West Linn Bad Boy himself. These aren’t junk moves, they are tried and true techniques that you can use to short circuit your opponent’s plans and get to your offense even easier. Under the watchful eye of veteran coach Chael Sonnen, this 4-volume set is perfect for leveling up your game in a whole new direction.

Chael Sonnen may also be known for having a silver tongue, but that doesn’t stop at just promoting fights. He’s also a gifted speaker as a coach, able to relate what he wants you to do, and why you are doing it. Everything he gives you is a piece to a larger puzzle that, when done, creates a complete foundation to better grappling success. 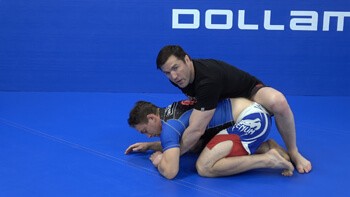 Chael is riding his opponent and he is going to continue to take his back.  Chael is an expert in controlling the turtle position 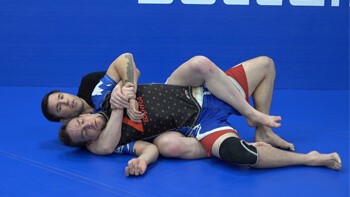 Chael has continued to take his opponents back and throw the top hook in.  He is not as concerned with the lower body control of hooks, and he focuses more attention to upper body control with the seat belt. 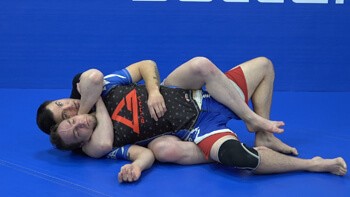 Chael has continued to set up his trademark rear naked choke.  The tricks he has for opening up the neck are second to none from his experience with world class MMA fighters.

After a lifetime spent throwing people on the greco mats, Chael has some of the best understanding of body mechanics of anyone around and he uses that to start breaking down some of the most common problems he sees grapplers facing from the feet. Starting in the over-under clinch, see how a savvy vet like Chael keeps this from being a 50-50 fight, and how he begins progressing through his attacks. From trips and sweeps, all the way up to more serious throws and body locks, anytime you get to that 50/50 clinch you can turn it into a big scoring opportunity with some flair. See the brutal keys to hand fighting that Chael has down to a science, and then join in as Chael gives a masters class in the dynamics of the front headlock (both on offense and defense).

Even though he began as a wrestler, Chael has pulled off submission wins over some of the best he ever stepped in a cage with, including former UFC Champ Shogun Rua and Brian Stann. He does this with one very simple idea: he sticks to the gameplan. Now you can see the gameplan that turned him into one of the best, with all the passes, attacks, submissions, and transitions that he’s been using at the highest levels. Everything he shows works in combat, and more importantly, everything works together so you never have to move away from your plan of attack.

If there’s anything harder than taking a wrestler down, it might be keeping them there. It can be so frustrating to work that hard, only to have the guy immediately spring up and get right back to attacking you. What they are doing isn’t magic, it’s tried-and-true technique, and Chael breaks down everything you need to know to escape like a pro too! By keeping his hips moving and his neck clear, Chael can progress through his escapes, always moving forward until eventually he’s out, and now that progression can be yours, along with escapes from other bad spots. Become impossible to pin down, thanks to the secrets and details!

Well, that depends, what is it worth to learn the secrets of a world class athlete like Chael?

That's right, you can get this set for just $77