Half Butterfly Guard by Tom DeBlass

They Will Never See The Sweep Coming: This Innovative And Effective Guard Will Blindside Them

The Half Butterfly Is The Sneaky Guard He'll Never Know He's In - Until It is Too Late.  From One Of The Most Popular Instructors On Earth: Tom DeBlass

Learn The Butterfly Half Guard Secrets One Of America’s Best Grapplers Uses To Frustrate & Destroy All Of His Competition – Even Though He’s a “Big Guy” Over 30.

Tom's Half Butterfly System Is His Best Kept Secret 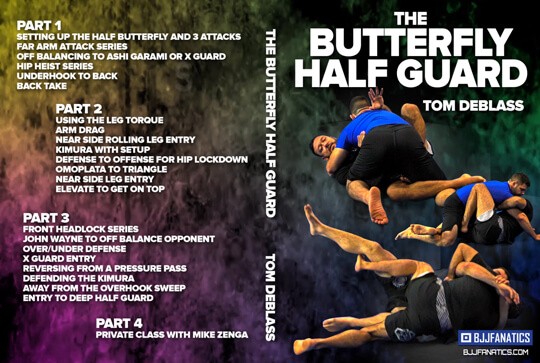 Countering the Under Hook and Cross Face with Tom's Half Butterfly Tom is in his trademark half guard at this point 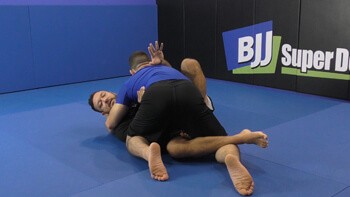 His opponent manages to flatten him and establish a cross face, Tom immediately places his butterfly hook in His opponent also establishes an under hook.  Tom has now secured his half butterfly and is setting up his sweep 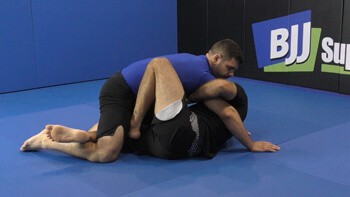 Using his opponents own under hook against him, Tom will secure a strong over hook Using his over hook, Tom is going to do a butterfly sweep.  Notice how he plants his toes on the mat as he sweeps to generate more leverage 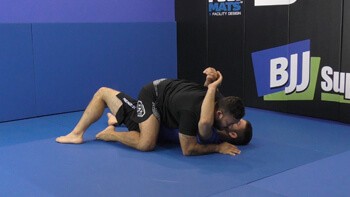 Tom has successfully turned the worst position in half guard into a good one.  He used his opponents under hook and cross face to sweep and mount him

Tom is a 3x winner of the ADCC Trials, he is a Masters World Champion in BJJ at Black Belt, Pan Black Belt Champ and has won basically everything else. Some of the hottest young grapplers today like Gordon Ryan and Gary Tonon (Tom’s First Black Belt) train with him often. 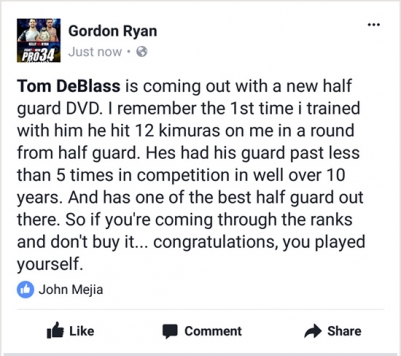 He is a black belt under Ricardo Almeida, who is under Renzo Gracie. Tom not only is thicker than thieves with these two guys, he has direct access to the who’s who in the Jiu Jitsu world.

He’s earned it. He’s been on the scene a long time and a black belt for close to ten years.

Tom has the red carpet treatment at John Danaher’s classes. Garry Tonon brings him in for seminars. Jeff Glover and Dean Lister have had him in for seminars. Gordon Ryan drives over an hour to his school each week to train. Heck, random people fly across the world to New Jersey just to learn from Tom. 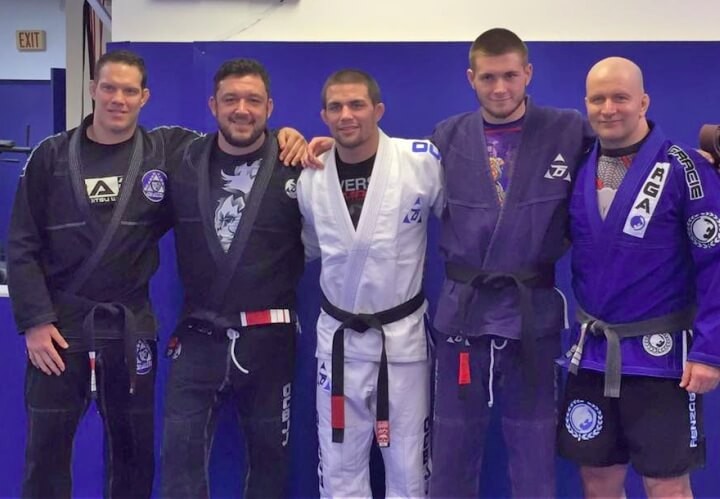 The Half Butterfly Guard Starts From a Very Bad Position, But Once You Know The Secrets You Can Chain Together Multiple Series Of Attacks That Your Opponent Can't Stop.  Works For Old Guys, Young Guys, Gi - No Gi... You Need This In Your Arsenal...

In this video series Tom is going to let you in on one of his best kept secrets, his half butterfly system.

The half butterfly is one of the best ways to produce leverage against the stronger and bigger guys, with the hybrid combination of a butterfly hook and half guard you are able to elevate your opponents with ease.

The half butterfly is also one of the safest positions to play in gi and no gi when there are foot locks.  It maintains the most important principle needed to be safe: inside leg control.

When you play the half butterfly you maintain inside leg control and it is next to impossible for your opponent to attack your legs.

Tom has to have a guard like this because he is constantly rolling with the young up and coming savages like Gordon Ryan, Garry Tonon, Nicky Ryan and the rest of the Danaher Death Squad.

This is his secret to being virtually impossible to leg lock.  Not only does this position allow him the safety of evading leg locks, he also has countless entries to different leg locks and leg entanglements like the saddle, the honey hole, ashi garami, outside ashi and more. 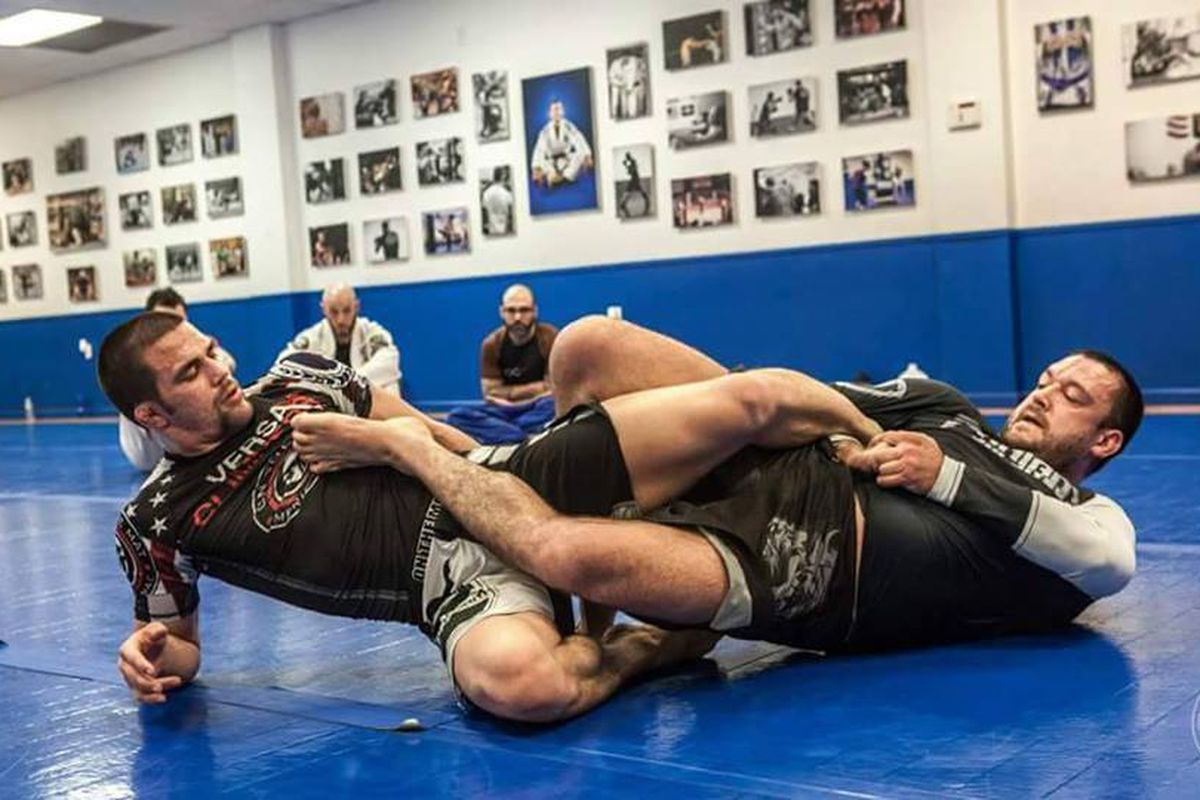 This series is your key to leg lock immortality and a nearly impassable guard.

The half butterfly system that Tom uses will not only help you be defensive, you will develop a devastating offensive game from the half guard.  When all of your traditional half guard sweeps fail you can rely on the half butterfly.

This one simple adjustment that Tom shows you will open your guard to an entirely new system.  the best part, this system is easy to learn and even easier to implement.

You do not need to be athletic, young, flexible or some freak.  This system is all about the subtle details.  If you know Tom you know he is a middle aged ordinary guy who has a guard that has almost never been passed.  Tom never rolls hard and he always flows.

Marcelo used this system to enter into his trademark single leg X and X guard and Tom is an expert in these positions.

Tom is in his trade mark half guard at this point Now his opponent has also established the cross face, Tom is in the worst position for a regular half.  He is going to sneak his left arm under his opponent 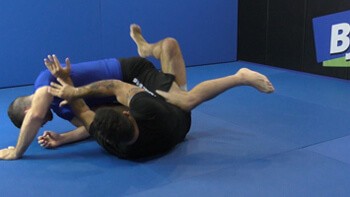 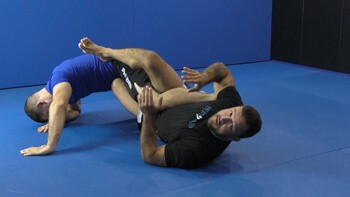 Now that Tom has isolated his opponent's leg and secured Ashi Garami, he uses his knee and hip to expose his opponents heel 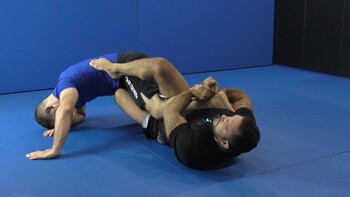 Tom will finish by securing the outside heel hook and submitting his opponent. Game over.

Well, what is it worth learning from the Half Guard Master? To learn to possibly NEVER have your guard passed?!

This is the most groundbreaking Half Guard specific program ever released.

Renowned teacher Tom Deblass is going to draw back the curtain and let you in on the secrets he’s perfected through years of hard work.

If you don't like it for any reason just send it back for a full refund... no questions asked.