The guy they say “can change anyone’s game.”

Simple, Effective, Straight From The Hip Techniques That Work – Tom DeBlass’ Jiu Jitsu Principles Applied In The Gi: On Video For The First Time Ever

Tom DeBlass’s seminar schedule is booked for the next 2 years. 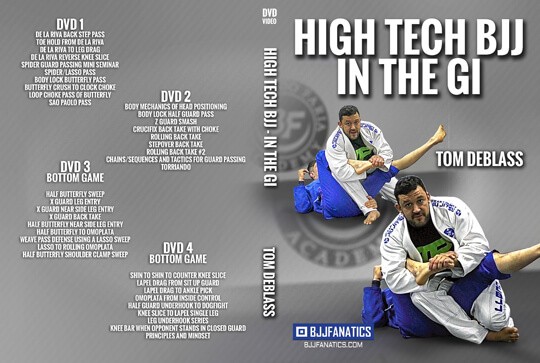 And now… he has done it again.

He’s not only going to upgrade your game,

he’s going to save you time, energy and make Jiu Jitsu fun again

He is a black belt under Ricardo Almeida, who is under Renzo Gracie. Tom not only is thicker than thieves with these two guys, he has direct access to the who’s who in the Jiu Jitsu world.

He’s earned it. He’s been on the scene a long time and a black belt for close to ten years.

Tom has the red carpet treatment at John Danaher’s classes. Garry Tonon brings him in for seminars. Jeff Glover and Dean Lister have had him in for seminars. Gordon Ryan drives over an hour to his school each week to train. Heck, random people fly across the world to New Jersey just to learn from Tom.

So when he shows you a technique, you know it’s been tested and examined by the higher ups.

You can be out of shape and out of practice; it doesn’t matter. Simply using Tom’s techniques will instantly turbo-charge your game.

Listen: Everyone has their own game, their own style. But we are influenced by those around us. I mean do you think Tom’s game hasn’t been influenced by his mentors and training partners?

Of course it has…

Tom has trained with the best of the best. He has synthesized the knowledge of many and made it his own. Learning from him is like having that cheat day sundae with three different flavors of ice cream and 10 toppings. You get it all.

When you watch this series you will see flashes of brilliance you’ve never seen before - anywhere.  Many techniques will shave years off your learning curve. Sure you can learn what Tom learned on your own.

BUT wait, can you?

Sure, you can do your best to try and catch up with Tom, Renzo, Danaher, Tonon, and the rest of the crew. But in order to do that, at the insider level Tom is at with those dudes, you’d likely have to be born again.

The truth is, you don’t need to do all that.

You can still learn the secrets Tom knows.  It’s all on his DVD series High Percentage Gi Techniques. Tom reveals everything he knows. And it’s much easier to digest than that cheat day sundae… 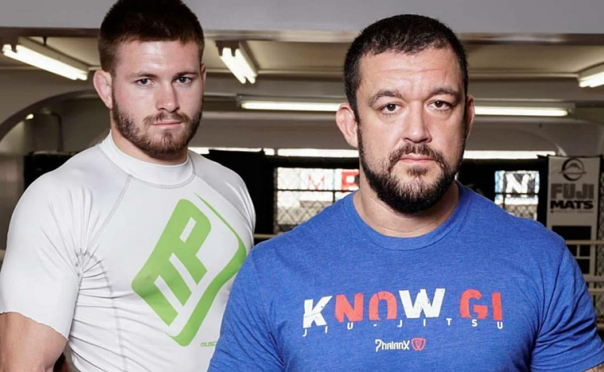 Before he was Jiu Jitsu royalty, Tom was a school teacher. He knows how to keep a classroom interesting, entertaining and energetic. His stories resonate and make you remember what he says. Tom won’t just give your Jiu Jitsu an overhaul. His positive impact extends beyond the mat.  Here is what his first black belt Garry Tonon had to say about him: 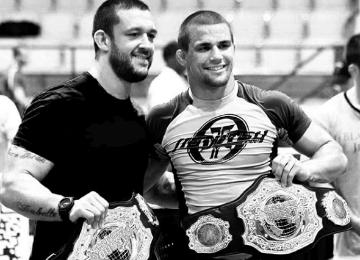 "Man was I lucky to run into Tom DeBlass. But it was through no stroke of luck that I stayed around him. I saw that he was a great leader and a powerful influencer. But I also quickly realized that being close to him didn't come without a price. The price was the pursuit of excellence (not just in bjj, in any area of life).

It started to become obvious that those around Tom not willing to pursue excellence wouldn't stay around him. This is because Tom demanded it. He wanted no one around him who wasn't making a great effort to achieve their potential in some area. This I now understand was no accident, for I believe this is one of the keys to success. You must surround yourself with other determined, hungry, like-minded people. Anything less would just drag you down. That pursuit of excellence is what I believe keeps us close to this very day. Proud to call him a friend and mentor."     -Garry Tonon

What UFC Veteran Ricardo Almeida has to say about his student

"Achieving success on the mats based on 2 attributes: competence and confidence. For some one comes the other but I really believe that will and skill are difference makers. I've watched Tom diligently and deliberately develop both from his first steps in the mats almost 15 years ago. I truly believe what made Tom a successful competitor and instructor has been his no nonsense approach to simplicity and effectiveness over complex and unreliable techniques."   -Ricardo “Big Dog” Almeida - UFC Star, 3x ADCC Medalist 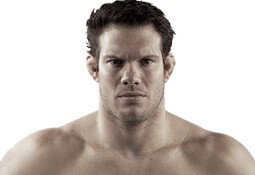 Are you ready to pursue excellence?

Let’s Take a Look at What’s Inside…

-Learn how to tear apart the De La Riva guard piece-by-piece. Tom breaks down exactly what people will do when they get you into the De La Riva guard. Then he shows you how to stop each piece so you can shift your focus to passing and submission-hunting. It’s a thorough approach to the De La Riva that will have you “thanking” your opponent every time he tries to play this guard with you. Heck, this stuff is so potent that after you shut his guard down, he’ll be begging you to show him how you did it.

-Finishing the toe-hold scenario on top. If you are into leg attacks, this attack is going to make your year. A lot of people attack the feet and too often it’s telegraphed. Tom shows you how to control your opponent’s leg so there is literally no way out. All we can say is “OUCH!” Better to use this one on someone else than have it done to you.

-How to bait your opponent to kill his own knee-shield.

-Turtle to back variations. Tom walks you through situations that will put you a step ahead of your opponent, even if he is trying to block and stall. You will begin to understand why Tom and his training partners are having so much success at back finishes. This section is pure gold.

-Very simple tactic to chain positions together. Tom shows you what to do when A and B don’t work and how to flow the chain of techniques the easy way. Understanding this alone will save you 5 or 10 years of wear and tear on your body.

-Half Guard Butterfly techniques that will fool your opponent into thinking he has the advantage. BUT these techniques will actually get him swept or submitted. Tom has a different methodology when it comes to sweeping people. He gets his hips and head under them, he doesn’t just throw them off to the side. He shows you a very unique way to get under people. Let’s put it this way:  You will think that Tom has the ability of a lightweight after you watch this. And the best part? He shows you exactly how anybody can make it look just as effortless. It’s all in the details.

-Tom uses the X Guard in order to not only set up sweeps but also to get leg attacks and take the back. Tom shows you how to use your hand position around the leg to determine which options you have. If you are doing this wrong right now, it may take you years to figure it out. Let Tom guide you.

-Tom’s omoplata is different. He shows you how to hold the head down without using any power. Tom’s moves have a lot to do with setup and control. They are high-percentage because there really is no way out. You will understand how to gain total control before you submit the guy. This is a key to Tom’s philosophy. Even though his teammates are huge submission hunters, Tom is all about position before submission.

-Shut down the weave pass with a lasso sweep. Tom sets this up so effectively that a white belt could hit it on a black belt. True story… Tom’s bottom game in the Gi is as good if not better than his No Gi game. The details Tom shows in this sweep are principles that can universally work for just about every sweep.

-Discover the Single Leg Half guard sweep. Tom’s version is really unique because he uses his legs rather than needing to use his whole upper body. The lock he uses on his opponent’s near leg totally controls his opponent movement. It’s simple and effective.

-Learn the cross collar game from bottom. Tom shows you how to grab and what to look for. Tom’s approach is very offense-minded and easy to use. Learning this will really give you confidence when you play guard.

-Tom will show you how to break down the knee slice. It’s actually funny because he tells his partner in this series to try to knee-slice him. Then he shows exactly how he kills it. It’s brilliantly simple stuff that even a juvenile can do against an adult if they watch this.

To sum things up…

Tom’s advanced Gi knowledge will save you years of coming home from practice night after night scouring YouTube looking for answers that may not even be there.

Why waste your precious time? Running on a hamster wheel doesn’t make you better.

Tom shows you EXACTLY what to do, no matter how complicated the position AND most importantly, he makes it fun as hell to learn.

Bottom line: If you are interested in having your private collection of energy-saving techniques that will leave your training partners with green with envy, asking you questions after you roll like “How the f*ck did you do that one?” then I wouldn’t mess around and let this pass you by.

So What Exactly Is On This DVD?

Crucifix Back Take With Choke

Step Over Back Take

Chains/Sequences And Tactics For Guard Passing

X Guard Near Side Leg Entry

Half Butterfly Near Side Leg Entry

Half Butterfly To Omoplata

Lapel Drag From Sit Up Guard

Omoplata From Inside Control

Half Guard Under Hook To Dog Fight

What is it worth to learn the never before seen secrets of one of the greatest American Grapplers ever?

Renowned teacher Tom DeBlass is going to draw back the curtain and let you in on the secrets he’s perfected through years of hard work.