Become the king of the mats and never ignore 50% of the human body again with Neil Melanson’s new leg lock attacks, counters, and finishes that will leave your opponents tapping fast in these catch wrestling-style subs. 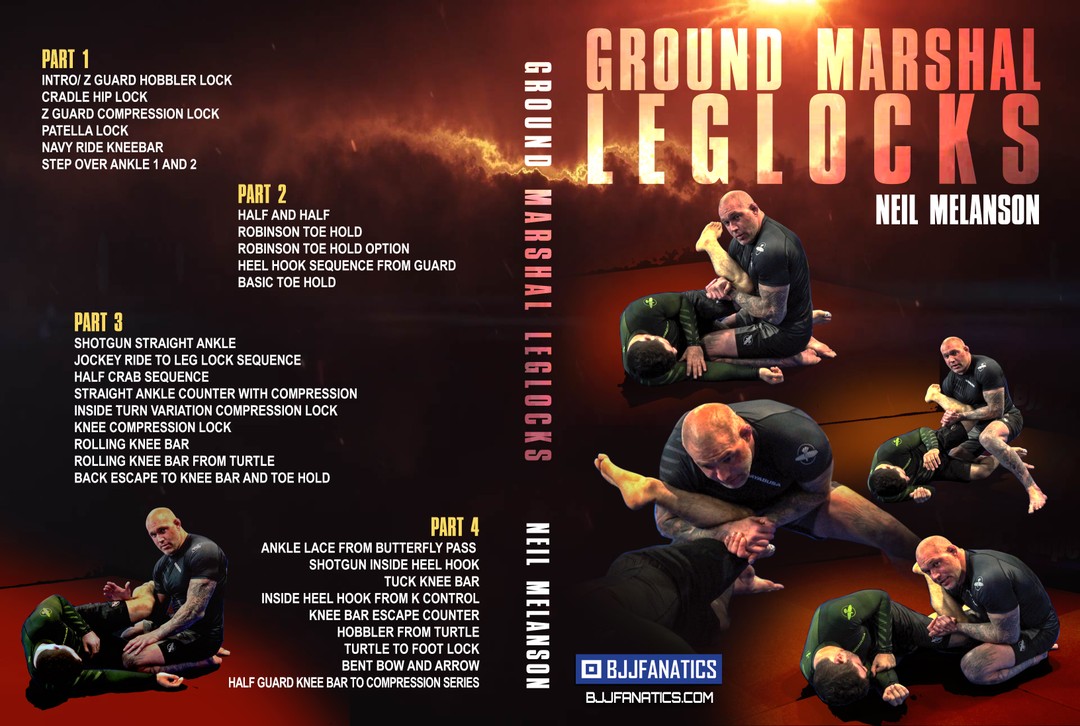 With leg locks taking over no-gi grappling, it can be hard not to fall into the same few heel hooks that everyone is learning, but now you can change your leg attack game up entirely by rolling with a totally different, but still effective, ashi garami system that Neil has used to teach and train his best fighters. Neil has made a lifetime out of studying and applying these catch principles on the mat, and now he is ready to show the world how anyone can use these simple holds for huge success on the mat across all four volumes of this new instructional series. 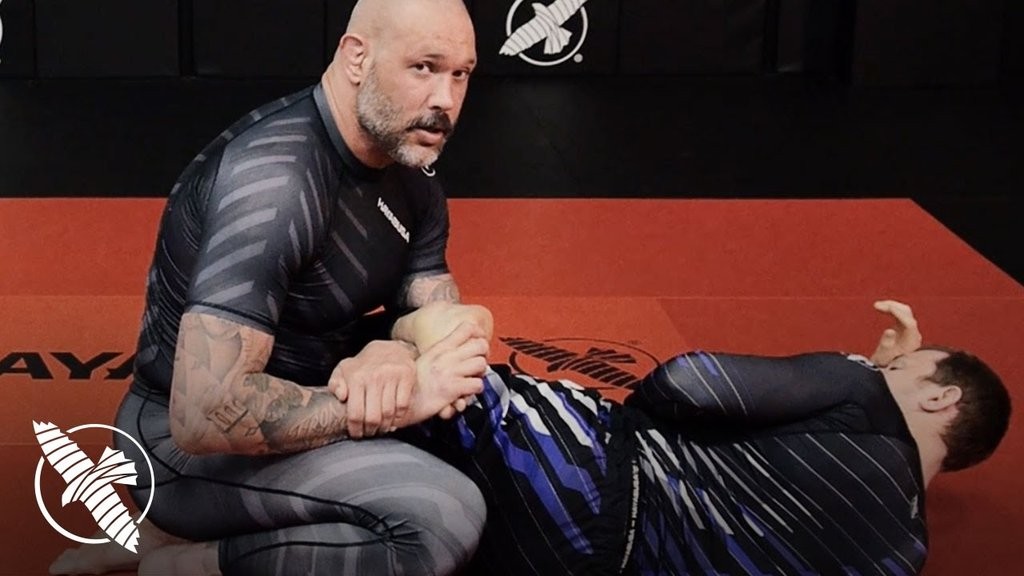 Leg locking is an art that has completely changed no-gi grappling, making it a much more nuanced and detail-oriented art, but so many grapplers now approach the legs in the same few configurations and with the same idea.

Now, you can turn all of that on its head, and start tapping people below the belt with knee reaps and compression locks that are battle tested and ready for you to dominate with.

From positions you already get into regularly, without ever sacrificing good position, you can start getting the tap with these catch locks. You can increase your submission chances every time you step on the mat, just by studying and learning the catch wrestling principles that have made Neil one of the most sought-after coaches in the world. 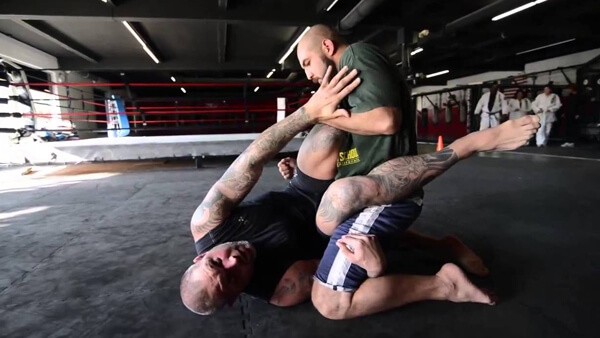 Neil has an entire, comprehensive system around how to get to the legs from the positions he finds himself in most often, including on top in closed guard, half guard, and in side control. From all these positions of control, without ever giving up position, he is able to hook and shoot himself into the legs for some really innovative submissions and combinations. By adding these into your style, you can give yourself a ton of new attacks for when it’s time to stop controlling and start tapping people.

Neil brings a pretty different style to his grappling, mixing Brazilian jiu-jitsu, a deep knowledge of catch wrestling, and MMA techniques (some of which he helped invent) into a unique and aggressive style that leaves people baffled (and tapping!).

By mixing all of these styles, he has filtered out what is truly fundamental, and what really works. By adding these submissions to your arsenal, you can do what Neil does: get the tap without ever giving up position and risking your own safety, using some of the most painful holds in grappling. 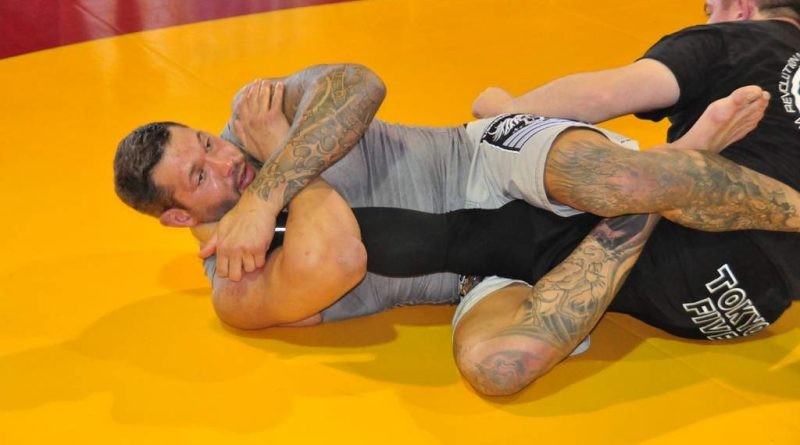 -The half guard continues to be one of the most dynamic and useful positions in all of grappling, so while everyone is busy learning how to sweep and submit from bottom, you have to learn how to attack the half guard to keep your advantage. Neil doesn’t view half guard as the bottom guy’s control, he shows how you can shift your weight and make the leverage and gravity turn it into your position again, before you start scooping and isolating legs. Neil’s main game is compression locks, holds that squeeze the joints past their breaking points until the opponent taps, and now you can see how Neil sets up, attacks, and finishes these important moves. The most effective and important is The Hobbler, a move crafted from Neil’s coach Gokor Chivichyan. By scooping and hooking the knee, you can force an angle on it that gives you a ton of painful options to inflict on someone. Once those are rolling, build out your game by combining these with some twisting heel hooks and cross locks that will fit into anyone’s game.

-You don’t have to abandon your favorite leg locks to roll like a ground marshall! Neil still rolls into the same straight ashi, cross ashi, and saddle positions that have become so popular, but with his own secrets for getting the most painful locks available to him. With some new leg entanglements that will leave you a step ahead of everyone, and able to drop into kneebars, slicers, figure four toe holds, and heel hooks. Make sure you check out the compression lock that can become an ashi garami killer the next time someone wants to leg lock you! 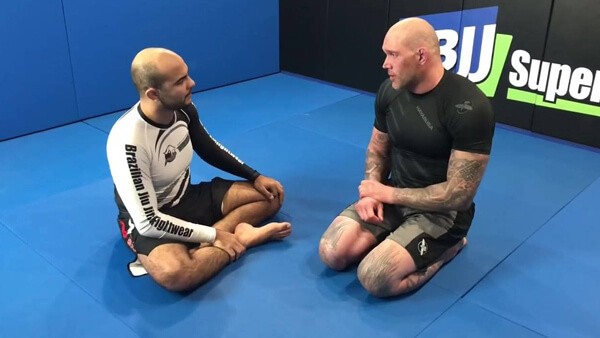 -Anyone who has seen Neil roll before knows he has one of the most effective and slick guards in the game, and a strong leg locking system has made it even more dangerous. With some pretty innovative entries from K control and half guard, you can get into your same favorite submission attacks, this time from bottom, playing guard and setting traps that even veteran grapplers will fall into. Use your closed guard and half guard to off balance and attack with Neil’s guidance on finishing the fight in style.

-Most of Neil’s best submission work is done from top, exerting his control and keeping the fight on his terms. From closed guard, usually one of the trickiest positions to break open from top, see exactly how to turn your body into a prybar and crack open that guard so you can attack a joint lock. Chain your locks together, going from ankle locks to knee locks, to compression's, all while keeping the fight in your control, with Neil’s strategic, systemic instruction. 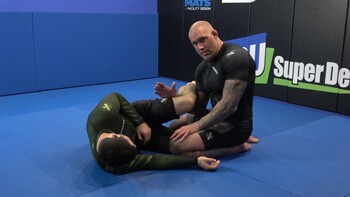 Neil is in a knee shield half guard, he favors this passing position. 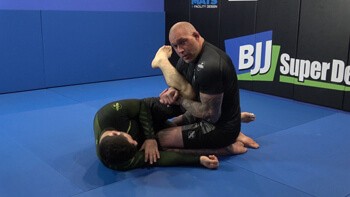 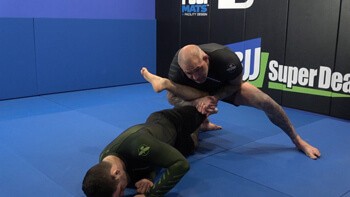 With control of the knee, Neil forces his opponent to turn and applies one of MANY compression locks from here 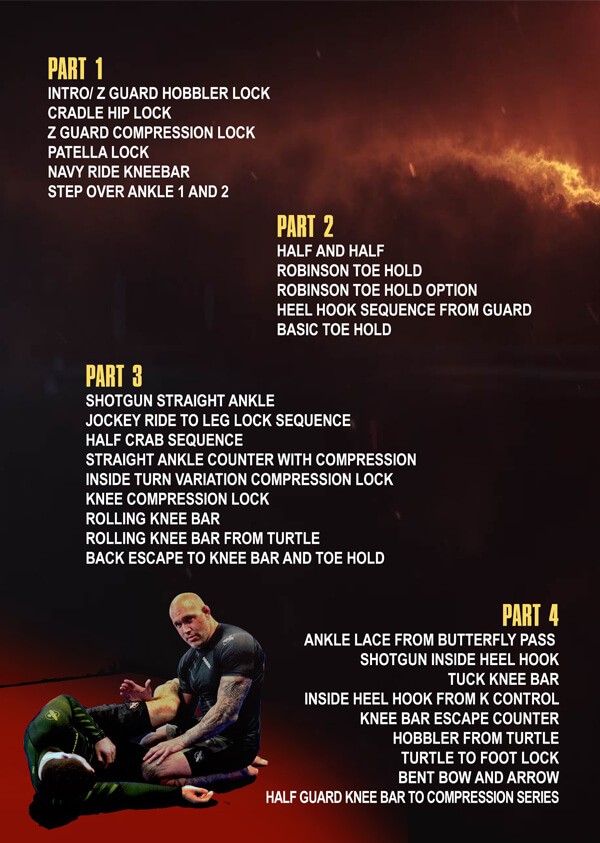 This is one of the most groundbreaking programs on the market. Neil Melanson has achieved an almost cult-like status and he is going to draw back the curtain and let you in on the secrets he’s perfected through the years.

We’d ask how much do you think it would cost to get a personal instructional from Neil but we won’t bother – unless you’re a top-fight competitor on the world stage there’s no chance.

We could easily have charged $147 and it would have been a bargain.

There’s no reason not to take action - this Series will change your life - Guaranteed. If you don't like it for any reason - just send it back for a full refund - no questions asked.