Learn some of the weirdest, most creative leg locks that really work in BJJ with BJJ black belt and coach Warren Brooks, a leg locking master that has been developing his own unique and effective style of attacking the lower body from unexpected angles. 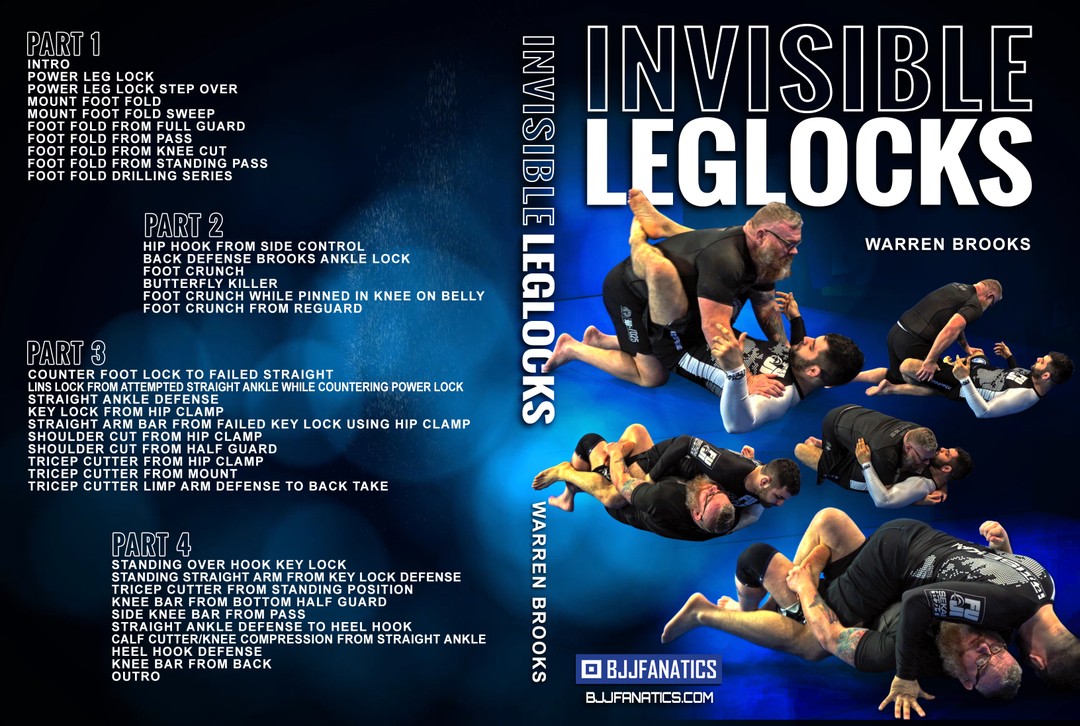 Now these leg locks from everywhere can be yours to fold into your game with this 4-volume instructional release. Instead of attacking the same straight ankle locks, toe holds, and kneebars that everyone else is, supercharge your leg attacks with these IBJJF legal joint locks.

Leg locks have been exploding in popularity lately in BJJ, thanks to world-level grapplers finding huge success with them against elite competition. Learn your own unique way of getting the tap from foot locks with Warren’s incredible system, built around his own signature crunches, folds, and twists that he has honed and perfected to an art at his own home gym.

Don’t miss out on what he’s been creating and see the newest generation of leg locks on this 4-volume release. 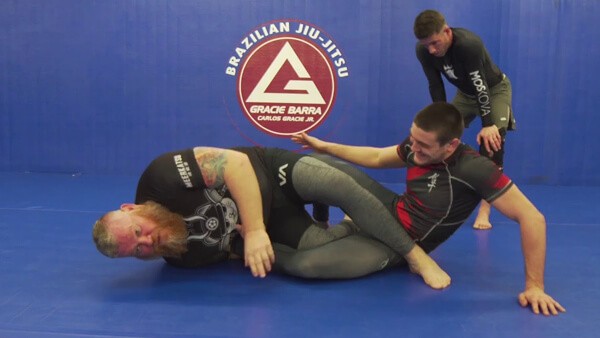 The most traditional leg locks in BJJ rely on controlling and stabilizing your opponent in an ashi garami and then finding your submission, but Warren’s system is totally different. Instead, he locks up his nontraditional footlocks during transitions and from positions where no one else attacks the foot, including from bad positions like bottom mount!

Warren Brooks’s leg lock game is around dangerous submissions that he can put on from a huge variety of positions, making him dangerous no matter where the fight is. One of the biggest keys to this style is his foot fold, a twisting foot lock that he doesn’t even use his hands to lock up!

Instead, his legs and thighs lock and pressure the joint past the point of comfort and all the way to the tap. The foot fold can be a game changing submission for your style, giving you an attack to hit from tons of dynamic and common positions. 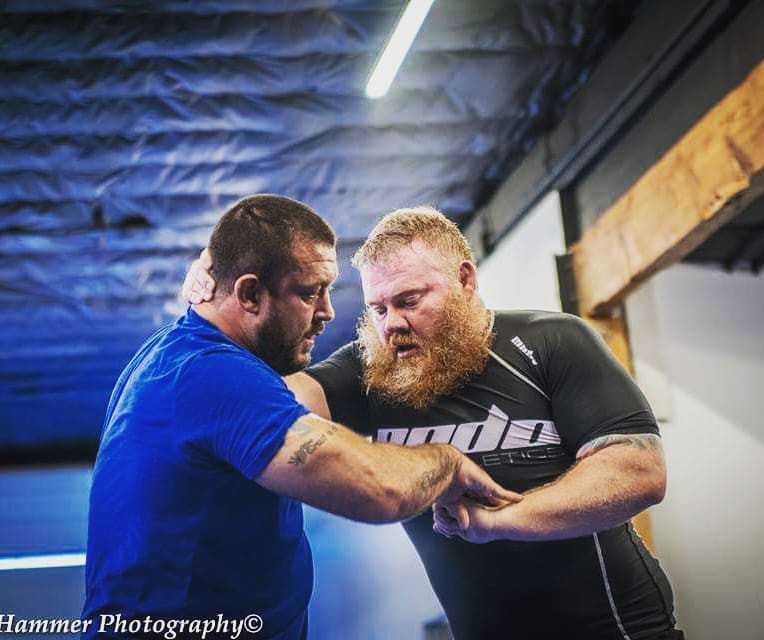 Adding onto this foot fold is Warren’s other best submission attacks. Some are new, savage ways of approaching traditional leg locks (like his power leg lock variation of the straight ankle lock), some are new attacks that your training partners won’t see coming (like his foot crunching butterfly killer that any top player needs in his arsenal).

Make sure you see the hip lock control that gives you a series of submission threats to lock up and take home from the half guard.

Crazy Foot Lock From Half Guard by Warren Brooks

Learn the foot fold submission threat, one of the most effective but underutilized joint locks in all of submission grappling. After learning the basic mechanics around this tricky attack that uses your lower body against theirs, work through the positions you’ll be able to best use this, including from half guard, full guard, even from the mount! This is a very effective lock that can help you out of some bad situations, so don’t hesitate on learning!

From the hip clamp half guard, one of Warren’s specialties, you can lock someone down and work towards your best submission attacks using slicers and foot locks that will leave people tapping in a hurry. With only a few simple adjustments, you have them trapped and controlled, and Warren’s developed a full progression of submissions from there, each of them his own unique maneuver. Shoulder cutters, tricep cutters, and keylocks are common for him here, and they can be for you too, even against younger, more explosive fighters.

Warren stays safe while he’s attacking legs by having key submission attacks that he relies on when someone jumps on his legs to counter attack. Instead of having to bail, he’s found some really innovative and effective ways of attacking joint locks from what most of us would consider horrible leg lock situations, where our opponent is controlling the foot and hip line. Stay in the fight and finish from bad position with some of these powerful leg locks. 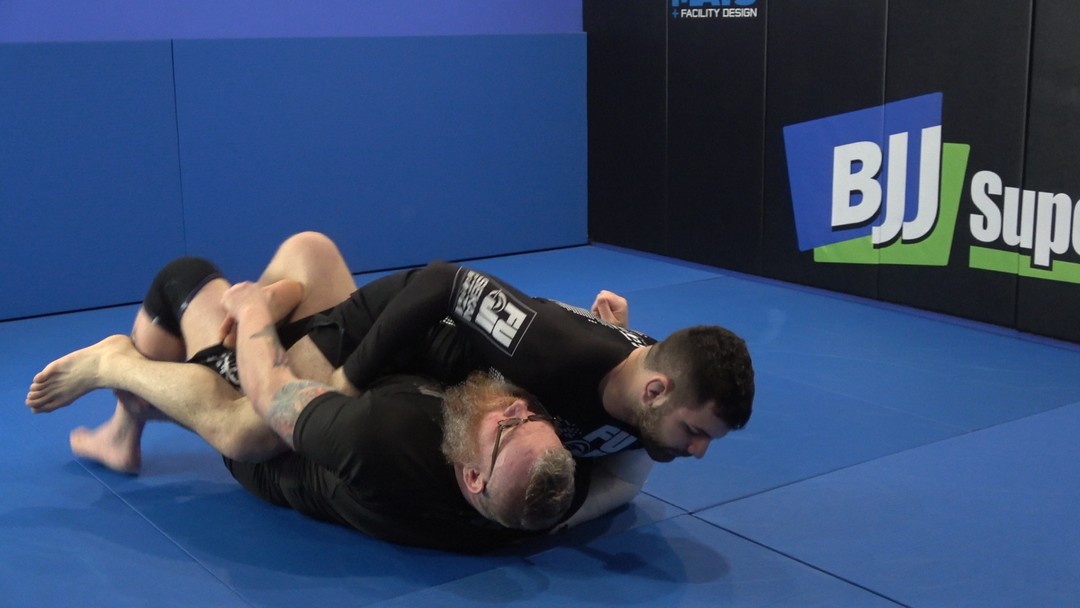 Here Warren is demonstrating how to apply an extremely sneaky but devastating foot lock when you are in bottom mount.  Warren has made a career out of tapping people against all odds from bad positions. 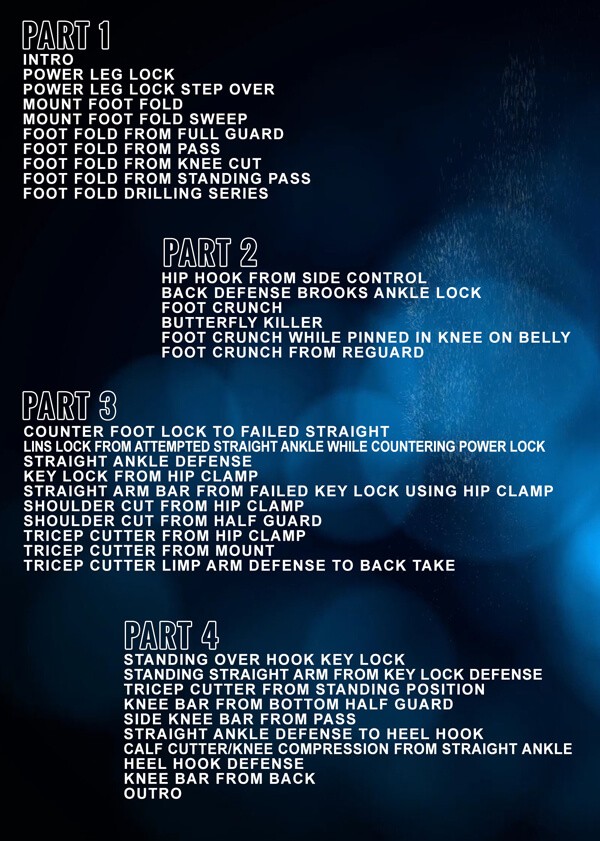 So What Is It All Worth?

Well that depends, what would you pay to be able to catch people from anywhere at anytime?

That's right, get this "Invisible Leglock Series" for just