Passing the guard is a very easy concept when you break it down: you can go over, under or around the person’s legs.  Lucas has taken that concept to a science like no one else in history. His one buzzword in every pass: Precision! 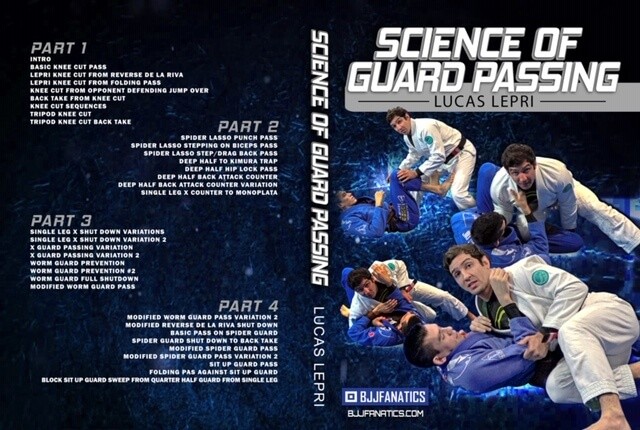 Once you learn his precise concepts, the guards in your gym that the young guys use to drive you nuts, that once seemed like entering The Matrix – will soon be revealed as nothing special that you pass with ease!

One of the greatest guard passers of this generation is back to teach you exactly how he has made a career out of taking apart the best guards in the world, piece by piece. Lucas Lepri regularly makes elite fighters look very average, and he’s the one that every other black belt is studying to learn how to improve. As a multiple time world champion, and one of the most respected grapplers on the planet, he understands and looks at passing in a very unique way, and now this 4-volume passing masterclass can be your key to unlocking a whole new level of top game.

It’s no secret that BJJ is evolving faster than ever, with guard players finding new connections and attacks all the time. That’s what makes a guy like Lucas Lepri so different from everyone else: he’s the one that has been evolving and building his passes the same way, and he has stayed one step ahead of the competition his whole career. That’s why he hasn’t lost a match at the IBJJF World Championships in six years! When his name enters a bracket, it is a game changer for the division, and it’s all because of his elite top game. Every time he hits the mat, he has something new to work his way through guards that look unstoppable and impassable. 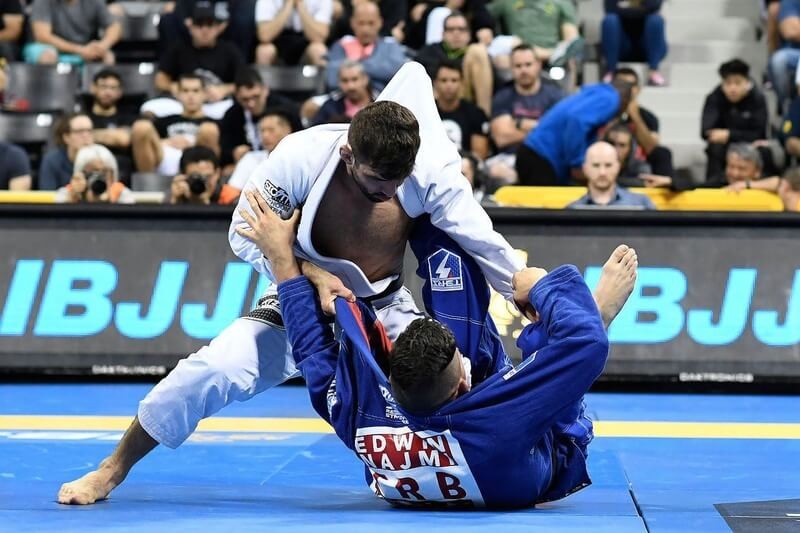 Stop the guard passing frustration in your life and start yourself on a new path to becoming a guard passing scientist, able to recognize the guard you are in and then pass, step-by-step. No big flips and dives, no magic secrets, just deceptively simple ways to stop their attacks and flow to your own. Lucas has spent a lifetime studying exactly what makes the bottom fighter effective, and because of that he knows every counter in the book! He has collected them all into an effective total system, and he is now ready to share that knowledge with you.

One of the most remarkable things about Lucas’s passing is how he always has another place to go. There’s always another option or direction, and that is by design! By starting with a strong fundamental base, and keeping his balance and pressure as he progresses, the guard becomes a puzzle to solve instead of a minefield of dangers. Watch and learn how you too can scientifically pick apart guards like this world champion.

As he has climbed the rankings to elite status, Lucas has also become a world class instructor at his academy in North Carolina. He is able to share his game with students in a way that they can understand and use, even if they aren’t a black belt like him. Just like in his academy, or in a private lesson, Lucas holds nothing back when it comes to making sure you have all the details you need to ensure your success on the mats.

Over these four volumes, see the next evolution in passing that has been taking place. In a world with worm guards and inversions as common as half guards, it takes focus and careful action to play on top without constantly playing catch up. With Lucas’s help, see how you can solve these modern guard problems and make them a thing of the past once you have the science of guard passing down. 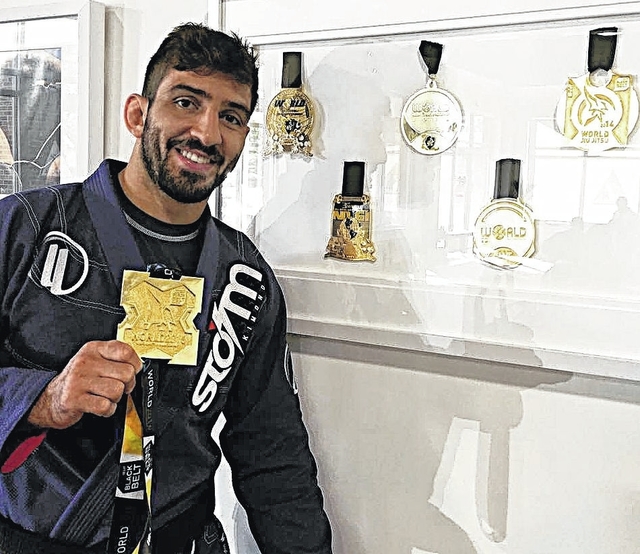 If you crunch the numbers, the most common pass at the black belt level is the knee cut, sliding your knee through the legs to slice through a guard. Everyone out there is attacking the same way, and finding the same limits. Now, you can break through those limits and find new heights of passing with Lucas Lepri’s signature knee cut series. These sequences have worked at the Pan American and World level, bringing him gold after gold, and they can be yours. By building your pass with precision, you can stop struggling against all those tricky guard players in the gym who have you pulling your hair out.

Modern guards can be a headache for anyone, from white belt through black belts. Everyone has their own guard, and if you want to be a top player you need reliable answers from those spots. Lucas takes some of the most dangerous guards that he sees in competition and breaks down exactly what you need to know to keep working for the pass. It’s all about understanding exactly what the guard does and how they are controlling you, and no one understands this better than Lucas Lepri. You don’t have to get stuck wasting energy anymore in guards like single leg x and x, deep half, or lasso and spider once you have the secrets on this series!

Get this set and learn one of the most effective and detailed lapel passing games anywhere on the planet! Every fighter dreads getting dragged into a worm guard, wrapped up like a present with no where to go. Now you can get the fight back to where you want it with this revolutionary lapel passing sequence. Turn these bad positions into good counters with just a few simple adjustments that can keep you a step ahead of the rest.

Learn The Passes That Guard Players Don’t Want You To See! 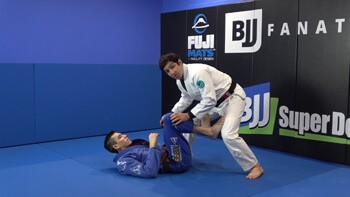 Lucas is in one of the most common guards, the De La Riva, this is his preferred passing position 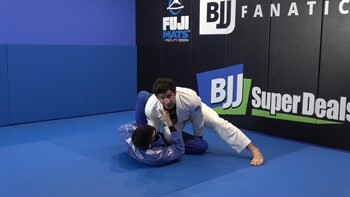 Lucas has forced his opponent to favor one hip and killed the De La Riva.  Notice that his opponent is on their side so they can no longer play De La riva, he has achieved this with a simple knee cut 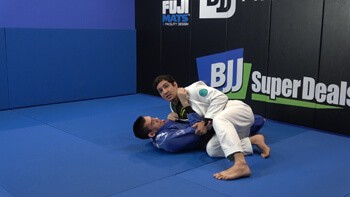 Lucas has successfully passed the guard using a knee cut.  The devil is in the details.  Notice he is controlling his opponents elbow, his under hook arm is on the mat, his hip is off the mat and he feels like 500 pounds.

So What Techniques Will Be On This Series? 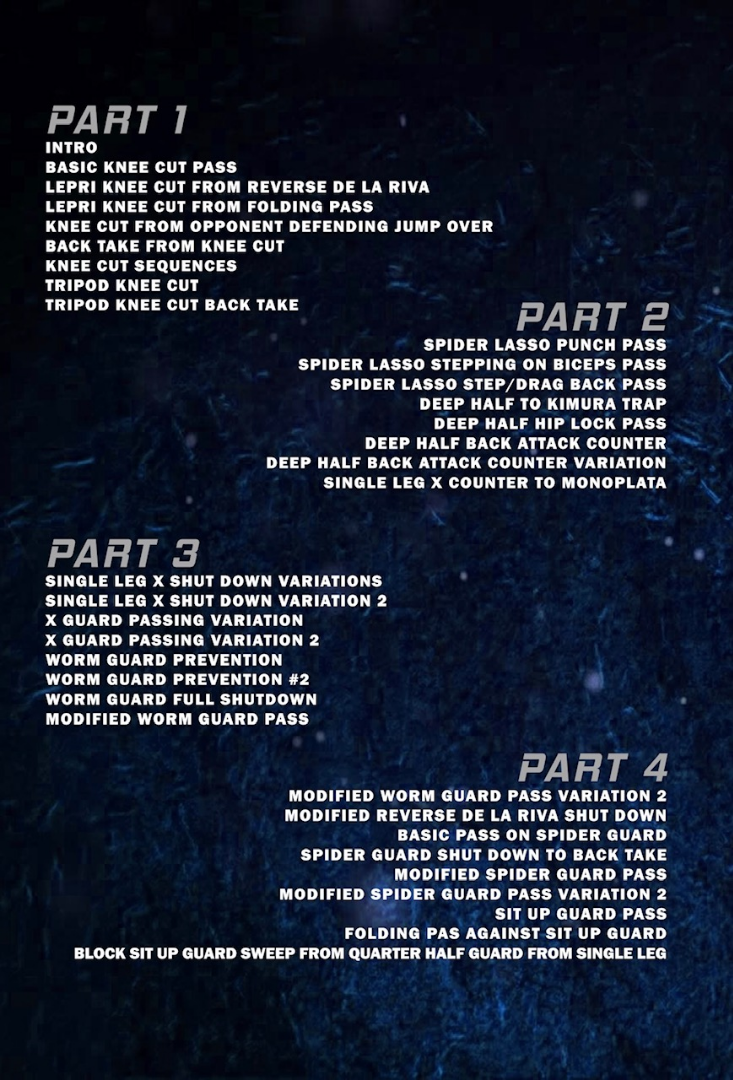 So What Is It All Worth?

Well, that depends, what are the secrets of one of the most successful competitors in the history of Jiu Jitsu worth?

What would you pay to be able to pass any guard?