Trap And Tap Everyone With Reverse Triangle The World by Joel Bouhey:

This is the Submission They Will Never See Coming 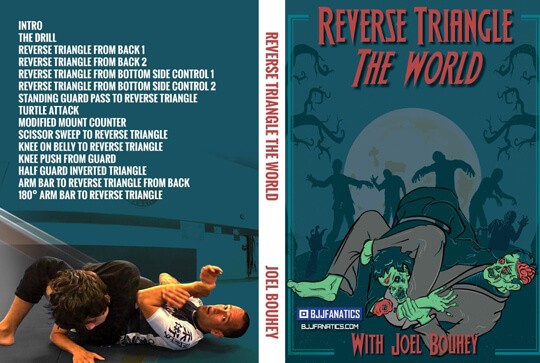 Enter the wide world of triangles with coach Joel Bouhey, as he gives you a complete breakdown on the signature reverse triangle choke.

Knee on Belly to Reverse Triangle

It’s time to reverse triangle the world. You can master this rarely seen, but highly effective submission hold with this technical breakdown by black belt and coach Joel Bouhey. Watch along as he breaks down how to attack, how to time it, and how to turn every position into a potential fight-ender. This is a perfect instructional for any grappler, no matter the size or rank, as Joel applies basic grappling fundamentals to his technique, instead of relying on strength or flexibility. This is a move you can hit from a huge range of positions, making it a perfect technique to always have ready to go. 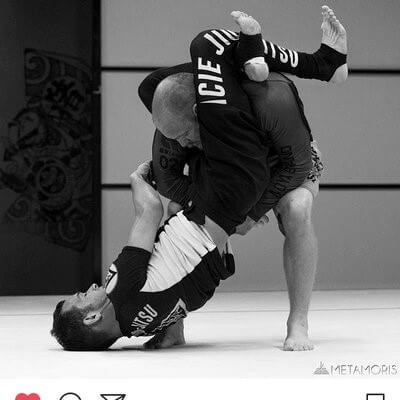 Joel Bouhey is a 2nd-degree black belt and instructor at Maui Jiu Jitsu, and is a jiu jitsu originator (look for his excellent series on the falcon guard). Joel’s guard is full of traps, including his wide array of triangle chokes that he can sink in from virtually any position. Using basic movement, framing, and creating space, Joel is able to hook and entangle his partners in triangles long after his guard has been passed. This is a great position in gi, no gi, and even for MMA, so you’ll be able to rely on this move no matter what the style. 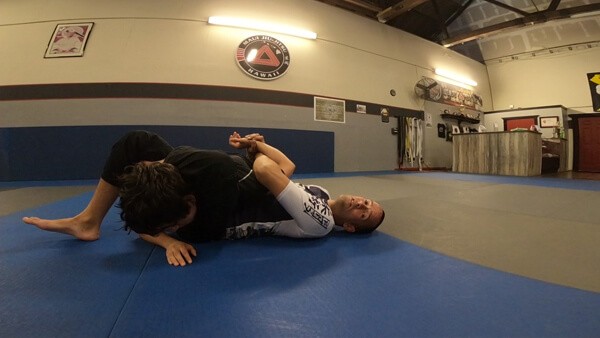 Be ready to be amazed how often you will find yourself going back to this choke. This is perfect for any fighter who wants to go for the fight-ending submission whenever they can. Even after you’ve learned this signature choke, you’ll still be finding yourself in better and better positions using these same strategies. From drills, to basics, to advanced, this is a full course on how to master this powerful choke. 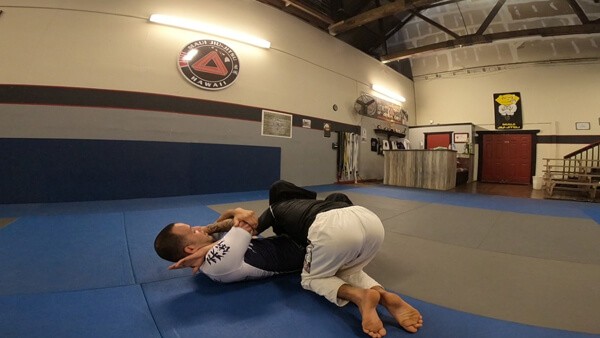 This isn’t a move that is reserved for those with long and lanky legs, or the incredibly flexible. Joel will take you step by step, to show you how anyone can apply this choke and get the tap in no time. Once you have the lock mastered, you’ll find all of the positions from top and bottom that you can apply it from. This is one of the most versatile and overlooked submissions in grappling, and this knowledge can be yours.

Reverse Triangle From Bottom Side Control

Control and Submit With This Surprising Attack

-In the beginning, Joel will take you through what the reverse triangle is, what makes it work, and how you can apply it (including a few drills that will help you master the concepts). From there, you’ll be joining Joel as he leads you through all of the positions and battles where he has his most success attacking from. Joel includes a triangle from back control that can really increase your diversity of attacks, and submission wins. With the right grips, angles, and movements, this can be a go-to attack for anyone, in any grappling style. With a background in MMA and traditional BJJ, Joel is able to create strategies that favor all styles and make these moves beneficial for everyone.

-Once you are done attacking from the back and places of control, now Joel will show you the real benefit of this move: you can still hit it even after your guard has been passed. Everyone gets their guard passed eventually, and while you are stuck underneath, it can be a struggle to do anything, let alone anything threatening. Now, you can have the answer for that position, as you see how to technically and strategically apply this brutally effective reverse triangle choke. There’s no inverting, no crazy flexibility, just traditional grips and movement creating this powerful lock for you.

-After attacking from top and bottom, in control and not, Joel will finish this series by chaining this move together not just with positions, but also with submissions. See how you can flow from armbars and other locks into this reverse triangle, giving yourself more options to end the fight and get the tap. 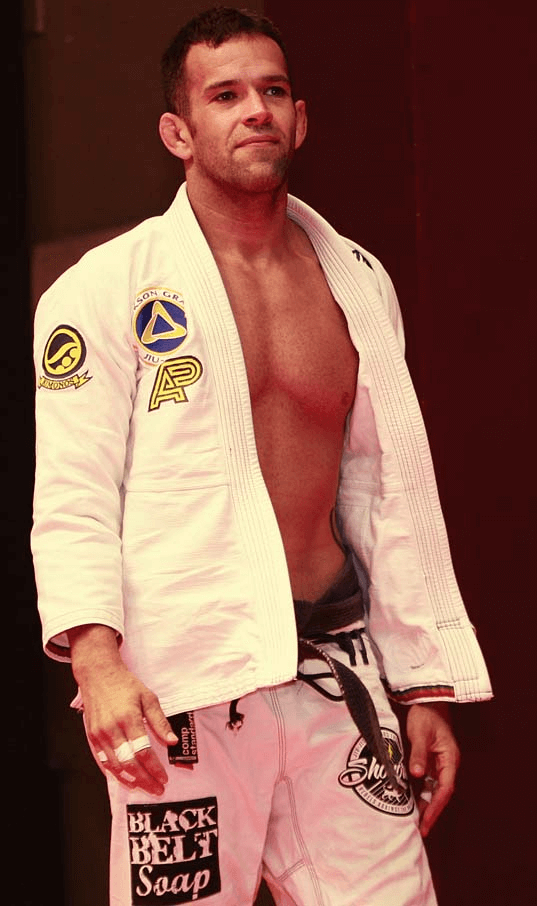 This is not flashy and fun, this is a brutally effective choke and place of control that you can apply over and over. With this submission, you can constantly be hunting the tap, no matter where you are. This is a great, well thought out instructional that is sure to give you the tools to be locking this on in no time. Join black belt and grappling coach Joel Bouhey as he helps you master this sneaky attack, and leaving you ready to reverse triangle the world!

Well how much do you think a private lesson with Joel would cost?... That is if he even has time..

We could have easily charge $97