The Real Judo Chop and Other Favorites by Kayla Harrison copy

The Real Judo Chop And Other Favorites by Kayla Harrison 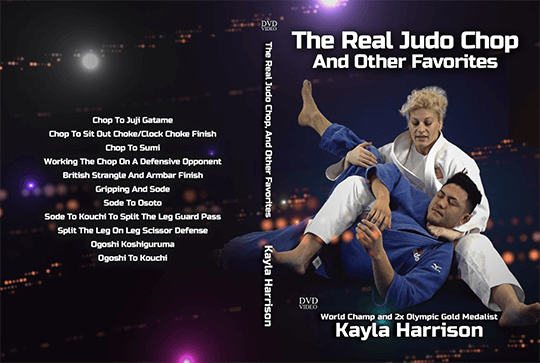 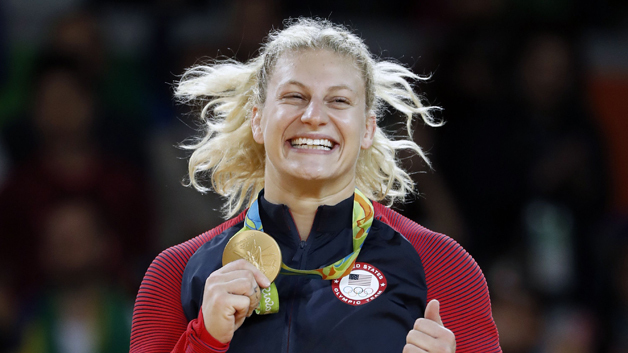 When you meet Kayla Harrison she comes off as the sweet, unassuming girl next door. You can search the Internet up and down but you will not find anyone willing to say a bad word about her. If you take some time to read about her own personal history she is even more inspiring – having overcome some incredible personal challenges throughout her life with amazing courage and, seemingly, always with huge a smile on her face.

Kayla’s personality is where the sweetness ends however, because the game she plays on the mat is anything but... Her style is smashmouth. She comes out, grabs her opponent, throws them on their face or their back and then chokes them out, pins them, or bends their arm viciously until they submit. In the 2016 Olympics she defended her 2012 Olympic Championship and won another gold medal by pinning or submitting every opponent. It was perhaps the most dominant Olympic performance in any sport at the whole games. Dan Gable, the most famous wrestler ever, won a gold medal in the 1972 Olympics by beating everyone and not allowing a point. Well, in 2016 Kayla did that in Judo except she submitted or pinned everyone before time ran out – not even Gable did that. 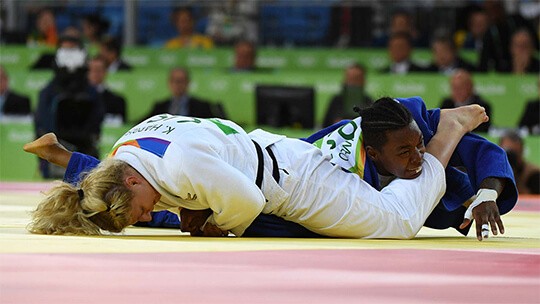 Perhaps more interesting than Kayla’s obvious athletic greatness is that she does it all with basics. She doesn’t have a lot of moves per se..

Kayla has a simple formula for grappling that works just as well in Judo as it does in Jiu Jitsu. She has:

- A few throws that she has mastered that work well together

- Armlocks that are tighter and more effective than any you have seen in the UFC – remember she trained with Ronda Rousey for a long time and has won more fights on the ground than any woman in U.S. History, and probably the history of the world, in Judo.

If you don’t want to pull guard for your whole BJJ career, this system can change your life. Once you master it, you won’t be able to believe how easy it is to knock someone down who doesn’t know the system. When you attack the back, you will find that neither Judo competitors nor Jiu Jitsu players know how to defend it. Kayla’s system for attacking Turtle is brutal and has nothing but high percentage moves; her armlocks may be inescapable – the elite women in Judo are at a different level when it comes to armlocks. 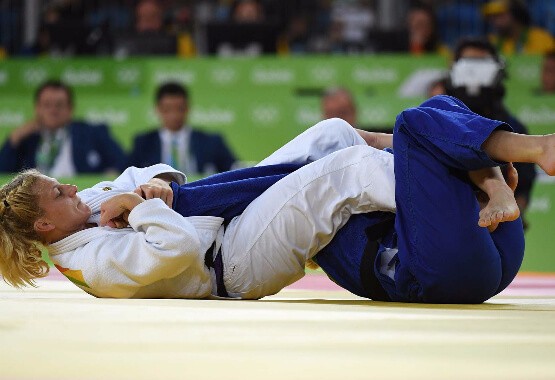 So What Do People Say About Kayla? 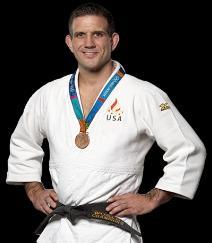 “Kayla is undoubtedly the world’s most dominant female judo athlete of the last decade and has won every major event in the sport, including double Olympic Gold, World Championships, and Tokyo Grand Slam on two occasions. Her success is attributed to her championship mindset, work ethic, and technical expertise. I highly recommend everybody and anybody to learn from the world’s best female judoka.”

Are you a woman? Or do you have a woman in your life that you want to get into grappling? To see a woman like Kayla become so dominant in a sport where too much of the attention is paid to the men, Kayla can become an inspiration and now a teacher to the women of our sport and more importantly, the women who need to be encouraged to join! 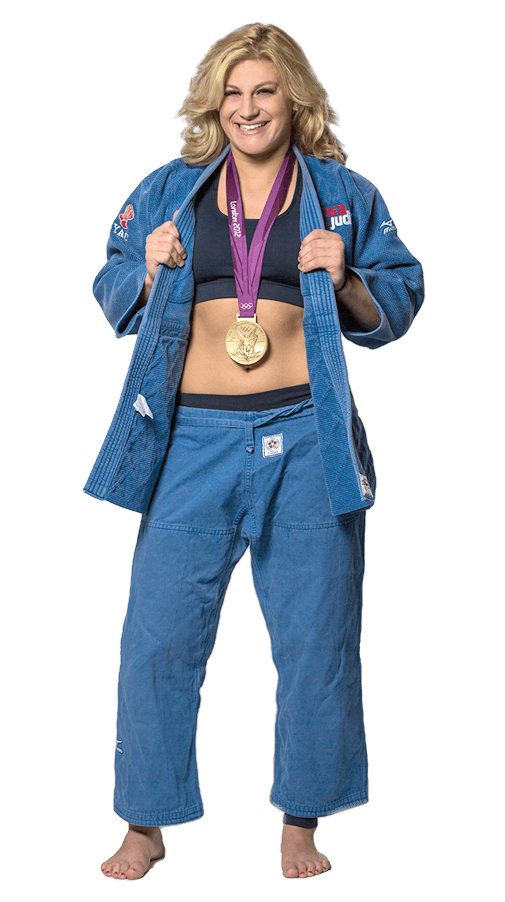 However, don’t be fooled into thinking that just because Kayla is a woman that this DVD is for female competitors only. Every single move works just as effectively in the world of male competition.

-working the chop on a defensive opponent

-sode to kouchi to split the leg guard pass

Well, what is it worth to learn from the greatest grappler in U.S. history - a 2-time Olympic Gold medal winner - the secrets that will allow you to grow your game by leaps and bounds?

This is one of the most groundbreaking programs on the market. Kayla Harrison, one of the most dominant Olympic athletes in history, is going to draw back the curtain and let you in on the secrets she’s perfected through the years.

We’d ask how much do you think it would cost to get a personal instructional from Kayla but we won’t bother – but it’s nearly impossible to get a one-on- one from her.

You can get Kayla Harrison’s “The Real Judo Chop And Other Favorites” - in which he reveals all his secrets – for just... $47