Use The Safest Yet Most Effective Takedowns That You Will Ever Need For BJJ: From An Olympic Medalist and Black Belt Masters No Gi World Champion

If you get the chance to watch Adam Wheeler compete, it’s something special. He’s a 2008 Olympic wrestling bronze medalist AND a black belt masters division world champion, and every time he hits the mat, he wants to throw his opponent. 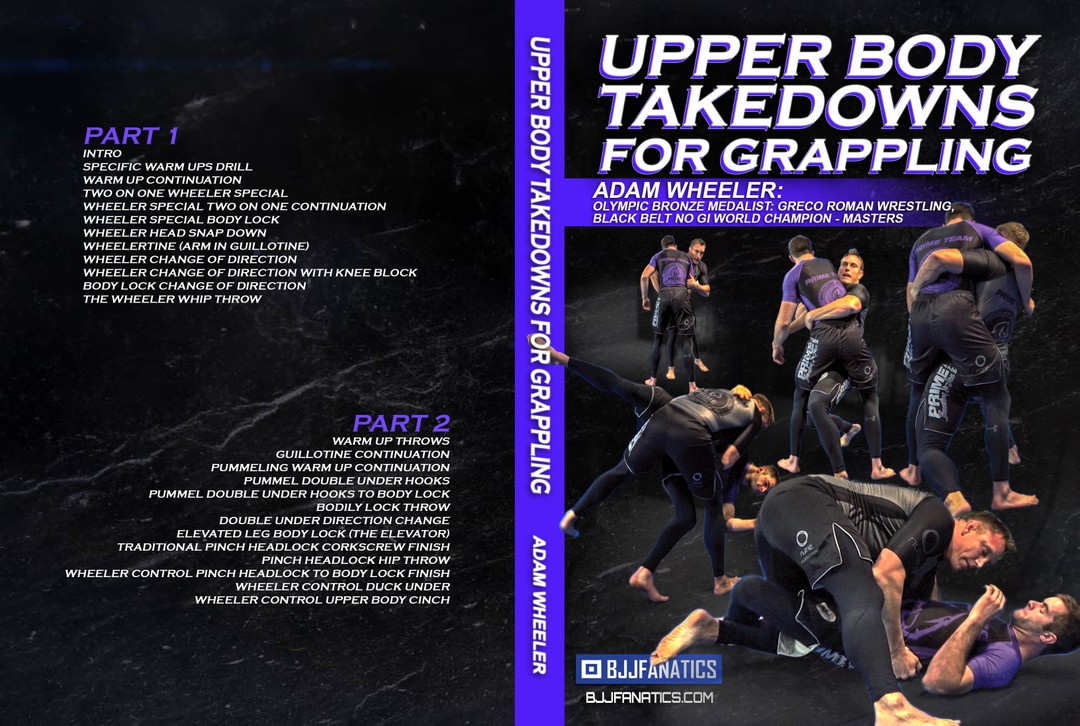 Upper body throws look cool for the audience (and it’s DEFINITELY not fun for the guy landing on the mat) but that’s not why. There is real strategy going into this game plan! Instead of getting in on someone’s legs with a single or double, working hard to finish the takedown, and ending up trapped in closed guard (or worse, a dangerous choke or joint lock), Adam has modified every throw in his arsenal so that he is always ending up in dominant position.

Once he grabs you how he wants, the system does the rest, and he always stays one step ahead of the competition. This is a technical, tactical approach to taking people down to the mat that doesn’t require you to be a big, strong lifelong wrestler! You just have to get into the system and let the moves do the talking for you. 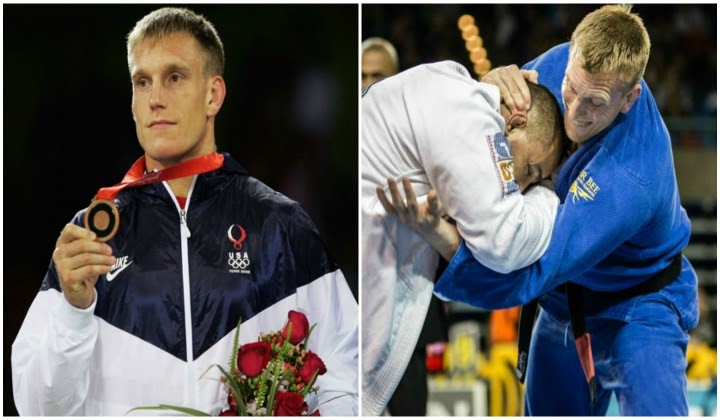 Adam wasn’t always the accomplished athlete he is today. After not winning a match his first year on the mat, he decided something needed to change and started approaching his takedowns a lot more carefully and scientifically. After a lot of time and practice, he finally started discovering a move he liked. Then, he found another. And another.

They all worked together, making a system that gave him an answer for every counter. Soon, he was hitting them all the time, and using them against some of the best wrestlers around. He took “The Wheeler Special” all the way to the Olympics, nabbing a bronze for USA Greco, the last American to bring home a medal from the Games in that sport. Now, the formula that turned a winless freshman into a world-class grappler is here in full, with Adam showing the unique ways that he approaches his takedowns and exactly what he does to modify these moves for grappling. 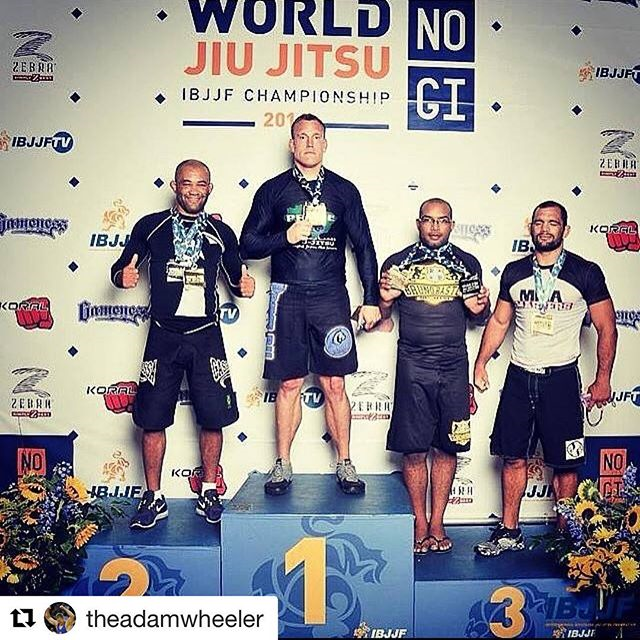 Greco-Roman wrestling is a lot like no-gi judo, where you can only go for upper body throws. A good Greco guy is always fighting for underhooks and overhooks, pummeling their arms for control the same way a BJJ practitioner is always fighting grips or grabbing the collar for chokes. A *great* Greco guy (like Adam) is able to take that concept and break down exactly what he is doing and why he is doing it, so that others can learn from his experience. He’s a wealth of knowledge, always giving little adjustments that lead to big results, like why pummeling the top of the head is better than grabbing around the neck, or why a high bodylock is always better than a bearhug. 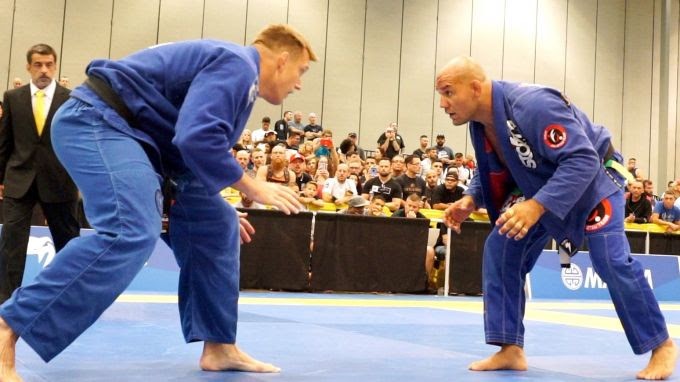 Wrestling as a sport has been around since the earliest days of athletics, so it is pretty rare to be an innovator in the game, but that just shows you how outside the box this whole series is. From normal pummeling and over-under ties, you can take an opponent from a false sense of security to throw to the mat before they know what happened. Even the black belts he competes with are left scratching their heads at what just happened! With just some small adjustments from the over-under 50/50 tie-up, you go from an even position to the first link in the chain. No matter where they go, there’s a solution, each one ending with you in great position, out of danger and ready to keep advancing the fight. 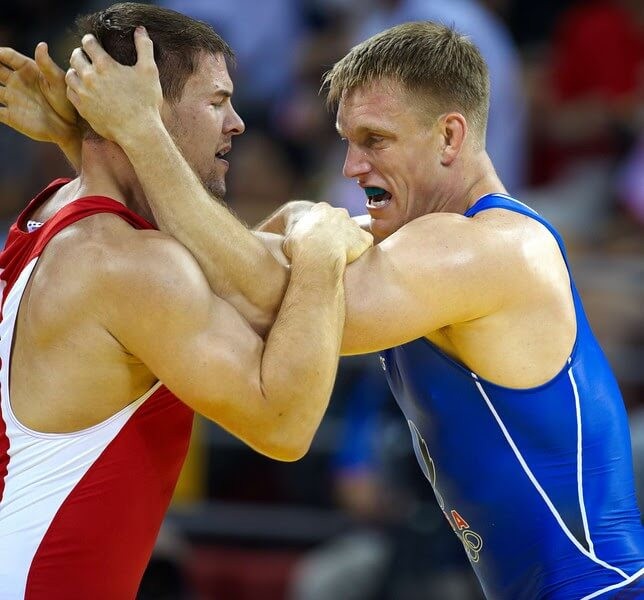 The Wheeler 2-on-1 is a way to tie up and control someone that can totally revolutionize how you fight from the feet. Like any system, as soon as Adam gets there, he has an answer no matter where you go, starting with his patented Wheeler Special, a combination arm drag/hip toss that he uses constantly. If they turn left or right, he has answers for that. If they try to back away, he has his own personal style of snapdowns and chokes (including the Wheelertine that he uses as a signature submission), and if they let him, he grips and rips a whip throw that turns gravity into your own personal weapon. This is a takedown hack, a small position that has enormous results once you understand the power you have there.

Understanding the concept of pummeling, fighting a hand through resistance so you can control someone better, is enormous in BJJ. Whether it is from top, bottom, or (in this case) standing, being able to get an underhook or get rid of an opponent’s underhook can have a huge impact on any given position. Across this instructional set, see the pummeling and throwing warm-up drills that Wheeler uses every day so that he’s always ready to get his position right, and build a skill that will translate through your entire BJJ journey.

Everyone who rolls with a wrestler like Adam talks about the pressure they are able to bring. It’s just a few adjustments and details, and suddenly it can feel like triple the weight is on your back! For all you grapplers who want to get to the front headlock and choke people out and take the back without ever worrying about a guard, Adam has a series entirely on how to get to his head pinch, one of his best positions, and score from it every time.

Learn The Takedowns That Will Leave You In Dominant Position Every Time, Not Stuck In The Guard 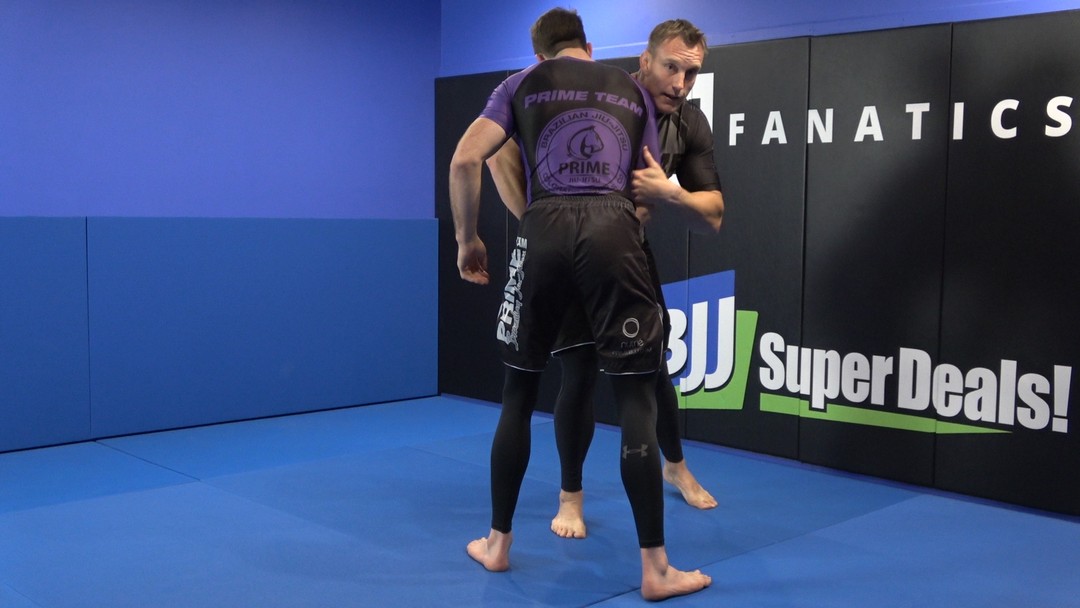 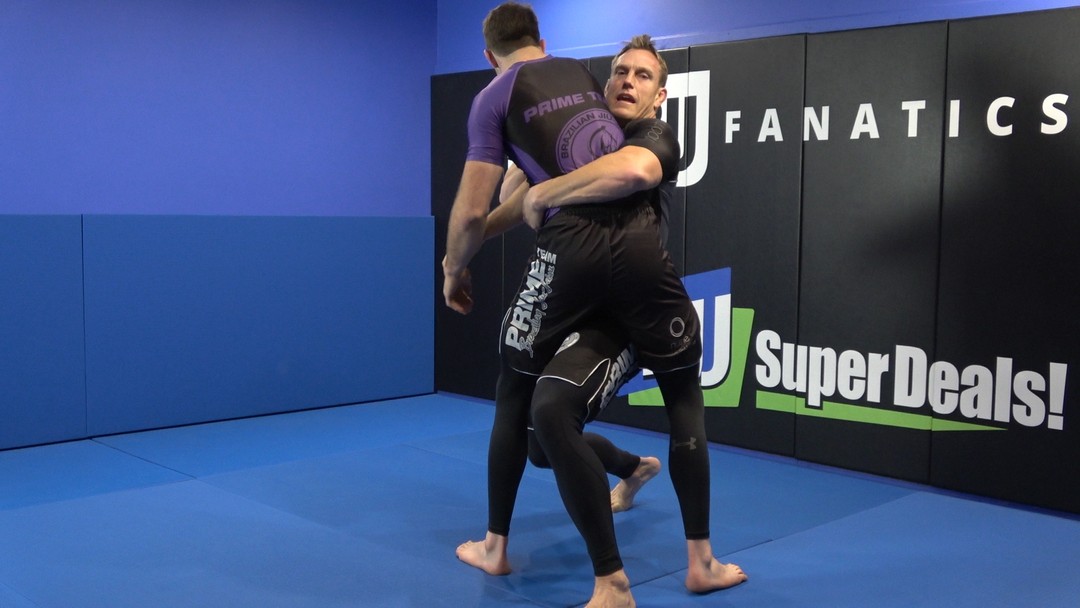 Adam is in a relatively neutral position.  Notice he has created a minor advantage by controlling a 2 on 1 with his opponent's arm, this will be a major factor in getting the throw.

Adam was able to use the 2 on 1 grip to drag is opponent's arm across their body as he closes the distance.  Notice his knee is in between his opponents leg.  This will allow Adam to get his hip under his opponent to use leverage. He has also wrapped his opponents body. 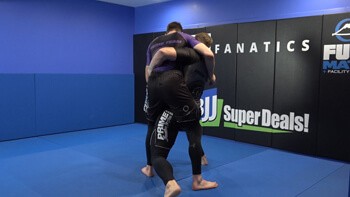 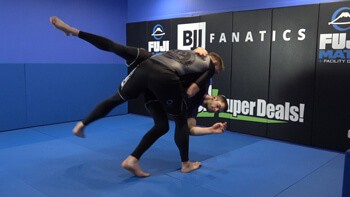 Time for the mat return.  Adam has now elevated his opponent and began his throw.  although on the surface this may seem difficult, it takes virtually no strength from Adam to complete this throw.  With proper technique and leverage it is simple. 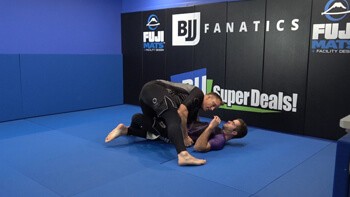 Adam has managed to secure the takedown/throw and land in a dominant half guard position where the body lock he initiated the throw with has become a powerful under hook on the ground.  He is in the half guard and will continue to use his under hook to pass his opponent's guard.

Well, that depends, what is it worth to learn how to successfully take anyone down?

Adam has spent years to develop this system from his own blood, sweat, and hard work.

But we're not going to do that..