You know the feeling… You come to BJJ class and the more athletic and flexible guys are making fools of everyone.

They turn upside down and no one can pass their guards. Or they do the Berimbolo and use it to take your back. Then they give you that sly little smile after they make you tap with a lapel choke. You know these guys – they say “bro” a lot, they stick their thumb and pinkie fingers out in all of their Facebook pictures. It frustrates you to no end because they are so cocky and they are beating you with alarming regularity. And you feel hopeless because they are more athletic and you can’t pass their guards.

Why does Bernardo Faria love these guards? Because he knows the secret to stopping them – you could say he possesses a sort of Kryptonite if you will. So far in 2015 he has had 15 fights and 15 wins. He's passed every Guard he's faced - and he's gone up against the best guys in the world, including some of the legends of the sport (like Leandro Lo in the picture above). He has found some universal truths which are indisputable:

Truth #1 – All of the new school guards have one thing in common – The Guarder needs to pick his hips high off the mat or swing them left and right to make them work. Think about it: Berimbolo, De La Riva Guard, Spider Guard, Lasso Guard, Butterfly Guard – they all need a lot of hip mobility from the guy on bottom to work..

But... If you can figure out a way to control his hips the guy in class who is embarrassing everyone becomes just another guy who is about to get smashed. We’ve seen it happen thousands of times.

Truth #2 – Old School Passes are the best weapon against new school guards. Atos in San Diego is probably the epicenter of the whole world for new school Guards. It was where the Worm guard was conceived and all the killer lower belts are rolling upside down and wrapping lapels in knots – it is a headache waiting to happen.

But in a YouTube video, Head Professor and one of the greatest grapplers of all time Andre.

Galvao , gave a little secret to his thinking on shutting these guards down: Put your knees on the mat!

Yes, if your knees are on the mat it kills your ability to run around someone’s guard and do leg drags. However, it also kills the ability for the guarder to use Lapel Guards, De La Riva, Berimbolo (for the most part), and most types of inversion. Simply put – It keeps their hips on the mat and if you pass heavy – there is nothing they can do to stop it. The Most Comprehensive Video Series on

Pressure Passing Ever Made:

Just days after he won the World Championship in his weight class as well as in the Open Class, 2015 World Champ Bernardo Faria filmed the most comprehensive Video Series on Pressure Passing Ever Made. This is NO exaggeration.

If you are sick of these guys getting under and sweeping you and you just want to smash the crap out of them – well this is the science of smashing people who want to do those cute little guards (if such a science exists). So what is included?

Well, that depends, what is it worth to learn the secrets of the best pressure passing system in the world?

These techniques are easy to use, and effective at the world class level.

What do yo think a private lesson with Bernardo would cost you?  We could have easily charged you $147, but we're not going to do that.  Instead, cut that price by almost 50%..

That's right, get the Pressure Passing Encyclopedia for just

Powered by
5.0 star rating 31 Reviews, 2 Q&As
Write A Review
Ask A Question
Thank you for posting a review!
We value your input. Share your review so everyone else can enjoy it too.
share
share
share
Thank you for posting a review!
Your review was sent successfully and is now waiting for our staff to publish it.
Thank you for posting a question!
Please click on the link in the confirmation email we just sent you to submit your question.
Your question will appear on the site once someone answers it.
Clear All
Filter Reviews
Instruction Video Teacher Details Belts Dvd
Techniques Moves Guard Players Game Theory
Instruction Video Teacher ...
Details Belts Dvd
More Filters
FILTERS Clear All
Rating
Reviews
Ranking
Age
Years
Show 31 Reviews
Rating
Images & Videos
Ranking
Age
Years
Clear All
31 Reviews
Updating Results
Verified Reviewer
0 star rating
04/09/20
0 of 5 rating
0 of 5 rating
0 of 5 rating
0 of 5 rating
Review by Anonymous User
On
share ' Share Review by Anonymous User facebook facebook Share Review by Anonymous User twitter twitter Share Review by Anonymous User LinkedIn linkedin Share Review by Anonymous User
04/09/20
Was this review helpful? 0 0
V
Vicente P.
Verified Buyer
5 star rating
Ranking: Purple
Age: 41-50
Years: 4-6
05/15/19
Ranking: Purple
Age: 41-50
Years: 4-6
I love these Videos!
Review by Vicente P. on 15 May 2019 review stating I love these Videos!
I learned a lot my pressure passing has improved but when will you guys videos on Bread Cutter/Paper Cutter submissions? 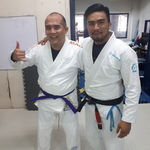