Learn To Set Up & Finish The Most Deadly Arm Attack In Jiu Jitsu - This Simple Attack Should Be The Most Common Finish In Your Game: Now It can be 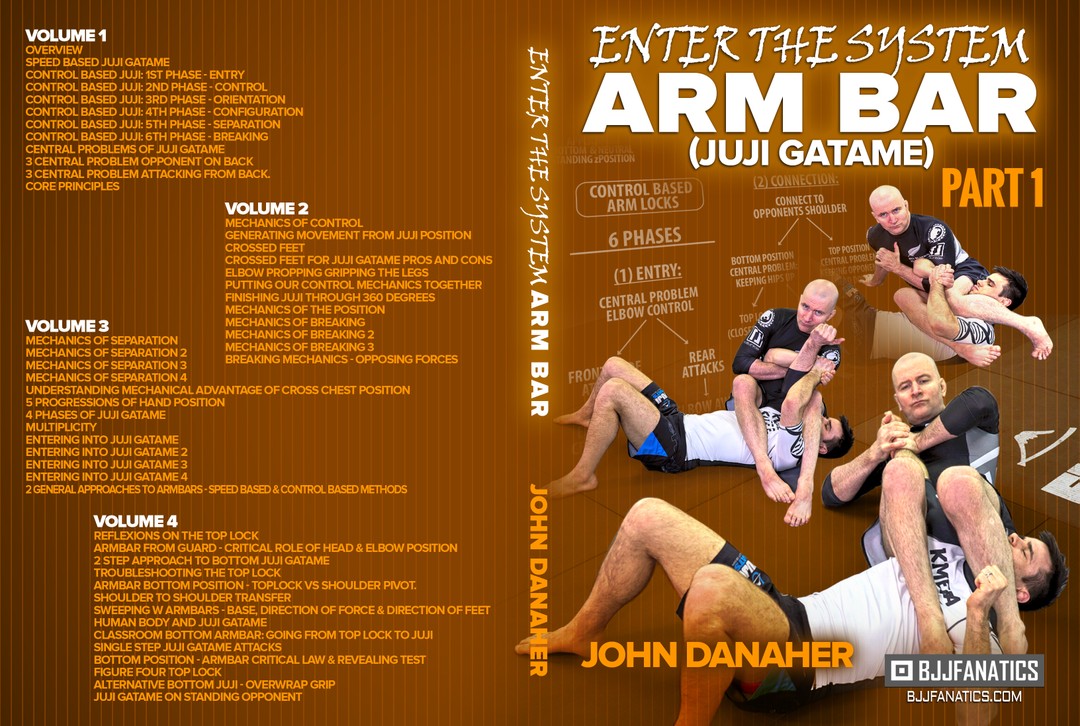 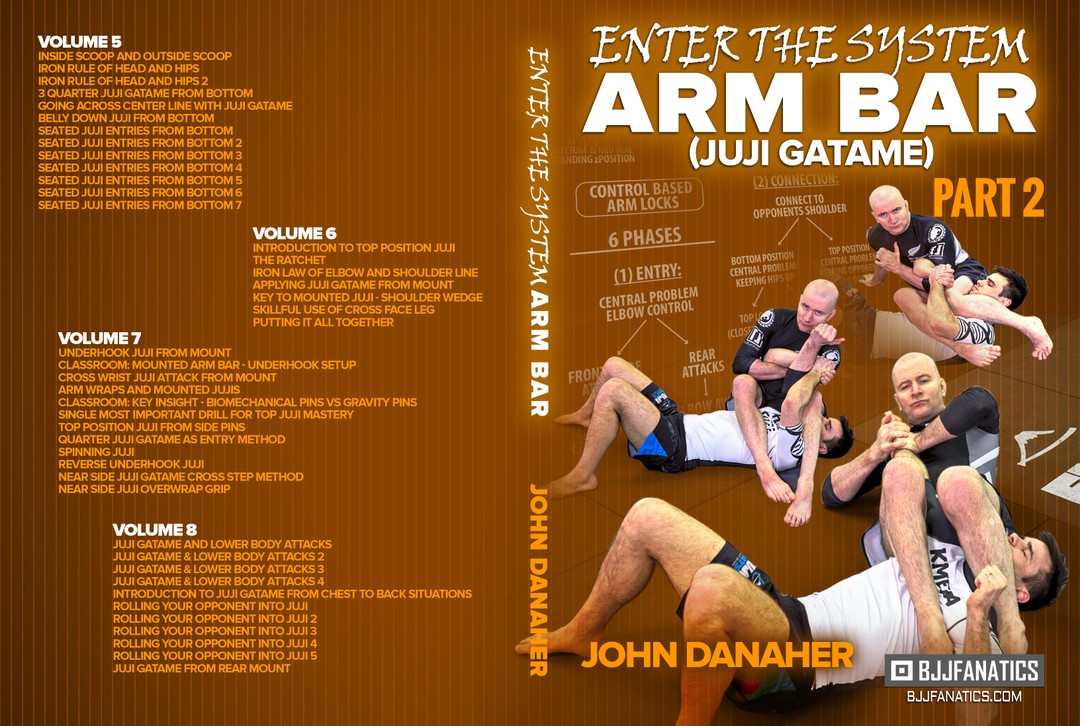 By focusing on the fundamental principles of how the body works, and how you can best use each movement to attack the body, John has unlocked new secrets in grappling that he has honed into a world championship-caliber system. Now, it is time to enter the system again across 8 volumes to learn the world’s most effective armbars.

So many grapplers only see the armbar in its most simple forms, where you are leaning in and attacking the elbow, maybe breaking it if you are lucky, maybe missing it if your opponent moves too much. 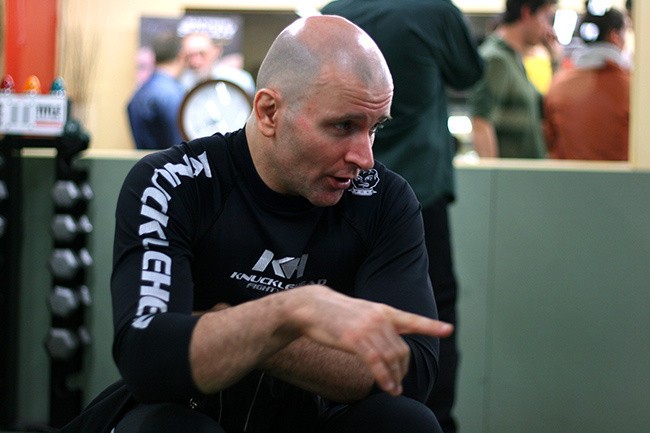 The Danaher jujigatame system instead understands there is a two-step method to attacking for the armbar, and by dominating those two steps you can become an armbar master.

With a simple series of adjustments, you can turn your body (any body) into a series of wedges and levers that, with just the lightest force, will turn your hips and grips into an arm breaking machine. Once you understand how to control, and how to attack, you can then truly enter the armbar system that have left so many of John’s fighters with the submission win. 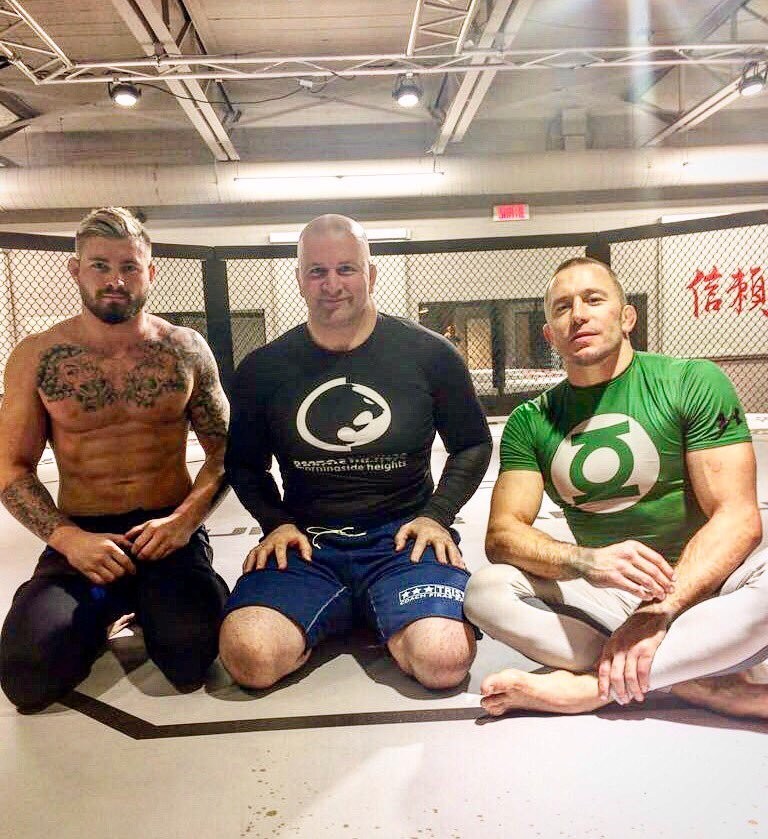 The armbar continues to be a move that many of us go for and get submissions with, but with only a partial understanding of the fundamentals behind why all of this is happening. How should I grab a defending arm and break the locked hands? Do I cross my feet? What if they roll out and escape?

By breaking the attack down to its most crucial parts, you can see how any athlete can increase their armbar percentage with only small changes, and there’s no better coach in the world for this task than John Danaher.

One of his students’ signature attacks is securing that top lock and then transitioning to an armbar or triangle choke. By having the armbar always available for attack, it opens up everything else in their game, and no Danaher fighter competes at a high level without these armbar secrets in the back of their mind. 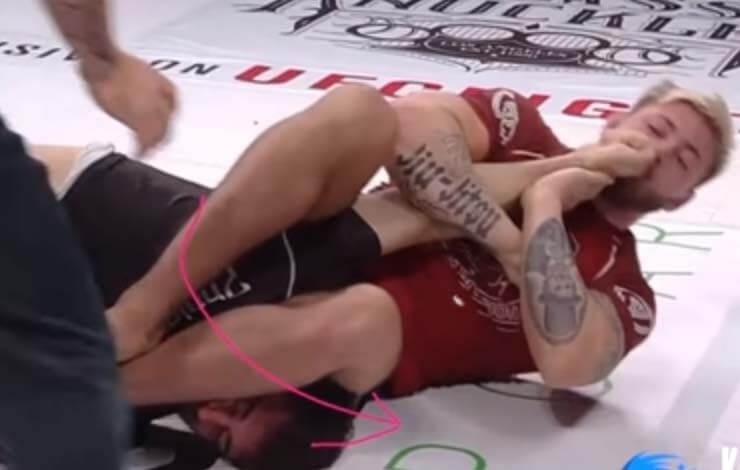 As the world’s premier grappling coach, he has unlocked the most successful methods of applying the armbar and getting the submission, and his athletes success in ADCC, EBI, and IBJJF competition is the proof.

John has found every key detail over many, many hours of intense study and has incorporated them into a bulletproof series of controls, entries, and finishes that account for the universe of defenses he sees. With rigorous attention to body mechanics and constantly creating advantages, each move is a link in a chain that can skyrocket your armbar success percentage.

For most people, an armbar is one of the very first moves you learn, because it is so fundamental in BJJ and judo. By using your entire body against one arm, you can use an armbar to submit fighters way larger and stronger than you. The problem arises when you start rolling with people who know it’s coming, suddenly those ways to get the triangle locked on seem so far away and hard to get. There’s a simple reason and an effective solution for you, and coach Danaher is here with 8 comprehensive volumes on how you can become an armbar master.

Anyone who has entered the system before knows what to expect from John’s teaching method; he is the most detail-oriented, precise grappling professor in the game today, and he reinforces his conceptual style with explanations in physics and anatomy that give you every angle you need to best understand every problem and every solution.

With 8-volumes full of important detail, you will have a technical bank you can always go back to for more explanation or further discussion of a topic, and always something to polish and sharpen as you work towards, and eventually become, an armbar master.

Just like his leg attacks, back attacks, kimuras, and triangle chokes, this series is a full system designed to attack the armbar in combinations that give you a huge advantage. Instead of just a single effective armbar, you will learn how to deal with the defenses and resistance you’ll face putting the move on, controlling your opponent, and finally settling in for the tap. The armbar is so fundamental and important that it connects itself back to the other Danaher systems, as John demonstrates, combining the jujigatame with back attacks, triangles, and even the leg locks (including an entry into an ashi garami that John has never shown before to the public!) 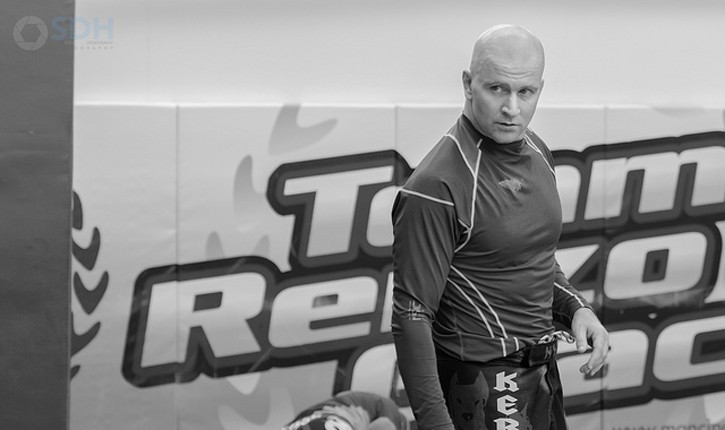 This is a masterclass in a key move to the Danaher team’s success in competition. As one of the most analytical and insightful coaches in the world, he is able to explain the key battles and benefits of the position better than anyone. Once you have understood the attack, you must first be able to move your body in the right ways to achieve it. John leads you through the same exercises and drills (both solo and partner) that he uses with his students as they learn and prepare, including the drill you must know if you want to call yourself an armbar expert.

The armbar, from top or bottom, is a series of little adjustments that you can’t rush or you risk losing everything. Especially in no-gi, little mistakes have big consequences! Learn how John has coached his athletes to bring the arm into position, including a little grappling “hack” that makes the mat space work for you. Coach Danaher gives a whole new perspective on how to really attack the jujigatame without the struggle of fighting against the normal resistances that we are used to getting from that armbar/spiderweb position. Instead, move past all that and use your body mechanics to really optimize your angles and give yourself the advantage from the start. A simple change in how you cross your leg over the head or how you scoop a leg can change everything! In fact, you can finally get a definitive answer from John about everyone’s favorite armbar question, “When should I cross my feet?”

Master One Of The Most Fundamental And Widely Used Submissions

- Start with an overview of the position, discover the versatility of the Juji Gatame/Arm Bar.   John is going to walk you through all of the central problems of this position, how to address them and then discuss implementing control.  Control is the single most important variable to the Juji Gatame, with out control, there will be no success.

- Next John is going to give you a step by step lesson on the most commonly asked question, "should I cross my legs in an arm bar?"  He will discuss the mechanics of crossing your legs to finish a Juji and tell you when and where it is necessary and beneficial to cross the legs and when and where it is not.  After clearing up the always asked question, John will show you the breaking mechanics of the Juji Gatame.  There are several different variations of how to apply a  break and John draws back the curtain and leaves no stone unturned.

-Next John is going to discuss the mechanics of separation.  The most common problem for many of us when attempting Juji Gatame from any position is separating the arms.  It can be a daunting task but John has a several methods of separation.  From separation John will begin to discuss several different entries, problems, methods of attack and so much more.

This is a full system on how to implement the Juji Gatame from bottom, top, while passing, from the back, from mount, side, knee on belly, standing, and how to effectively use the Juji Gatame to transition to the lower body and many other attacks.  This is a system that you NEED in your arsenal.  In many ways the Juji Gatame/Arm Lock is the most iconic submission in all forms of grappling and MMA.  Don't miss these never before seen details. 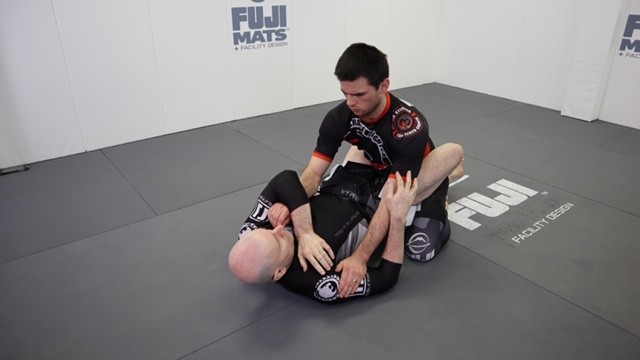 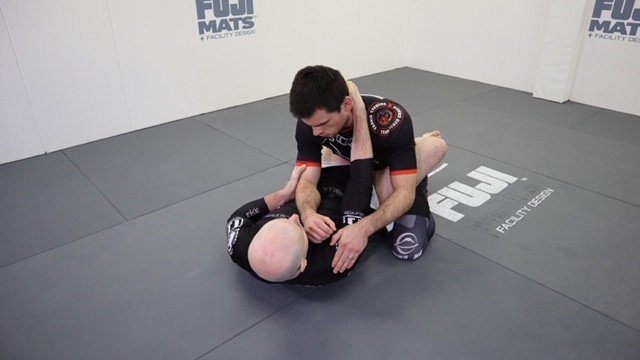 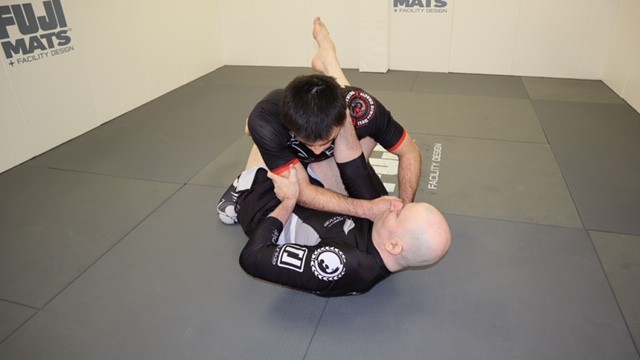 John has started to create an angle by placing his foot on the hip.  This is setting up his arm bar from the closed guard. 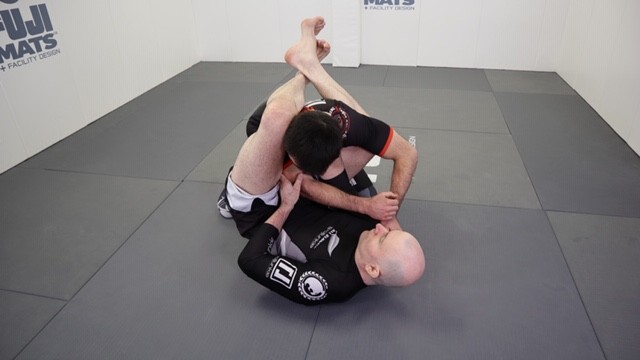 Using the angle that John previously created he has locked a high guard.  Notice his left leg above the shoulder. 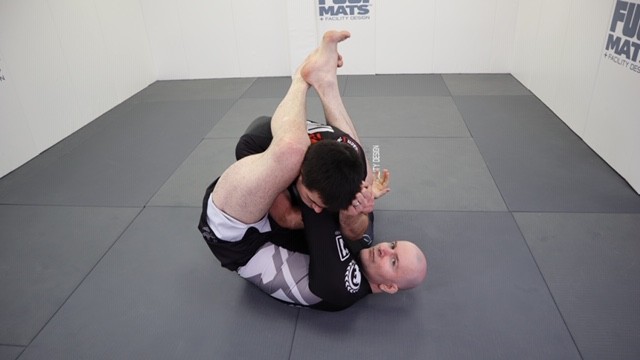 Now that John has secured a high guard and good angle, he has switched his grip to go wrist to wrist. 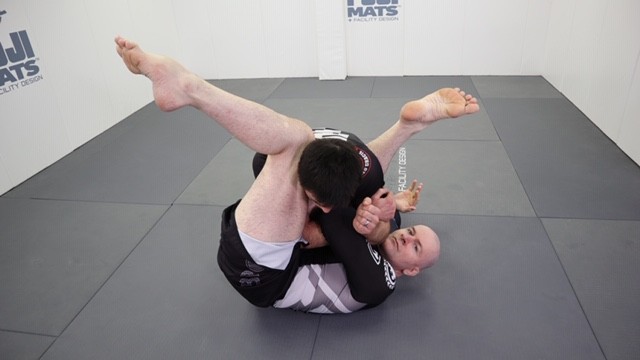 With John's grips and angle secure he will now elevate his hip off the mat and use his left leg to keep his opponent's posture broken.  Notice his knee over the neck. 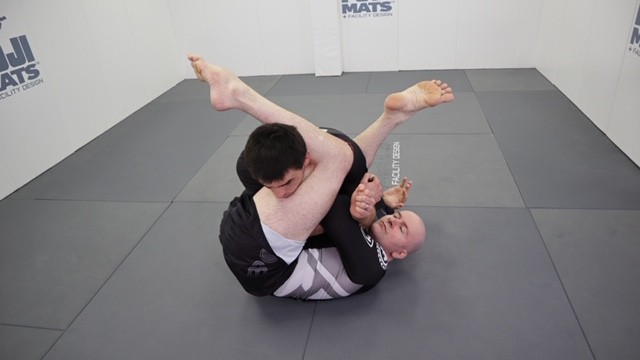 John has successfully passed his left leg over his opponents head.  This is the beginning of the end for his opponent. 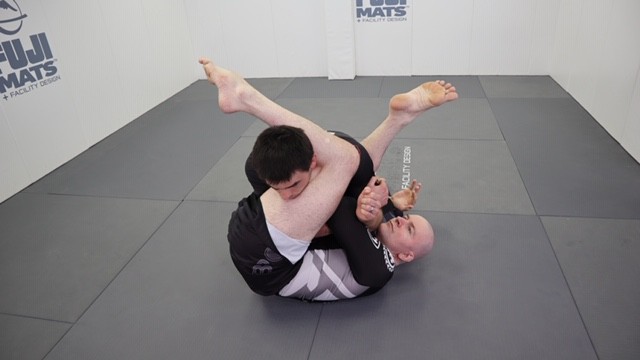 John is able to secure an under hook on his opponent's leg in order to secure his angle and keep the posture broken.  This also secures him from a slam. 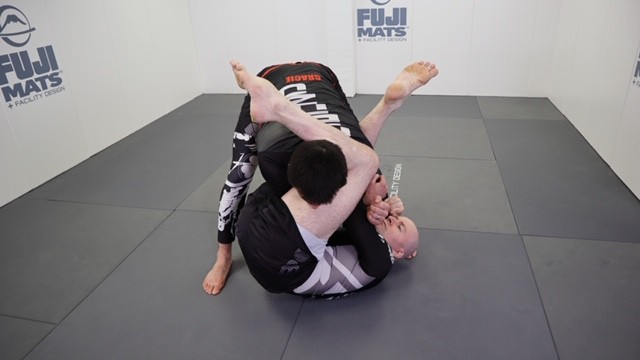 As his opponent tries to stand, he finds to his demise, he is finished.  The under hook on the leg keep his posture broken along with the weight distribution of his legs and hips.

So What Exactly Will You Learn?

3 Central Problem Opponent On Back

3 Central Problem Attacking From The Back

Putting Our Control Mechanics Together

Mechanics Of The Position

2 General Approaches To Arm Bars - Speed Based & Control Based Methods

Reflexions On The Top Lock

Inside Scoop And Outside Scoop

Iron Rule Of Head And Hips

Iron Rule Of Head And Hips 2

Belly Down Juji From Bottom

Skillful Use Of Cross Face Leg

Putting It All Together

Top Position Juji From Side Pins

Near Side Juji Over Wrap Grip

Introduction To Juji Gatame From Chest To Back Situations

Rolling Your Opponent Into Juji

Rolling Your Opponent Into Juji 2

Rolling Your Opponent Into Juji 3

Rolling Your Opponent Into Juji 4

Rolling Your Opponent Into Juji 5

This is your chance to learn the best Arm Bar system in the world broken down into a meticulous and step by step curriculum.