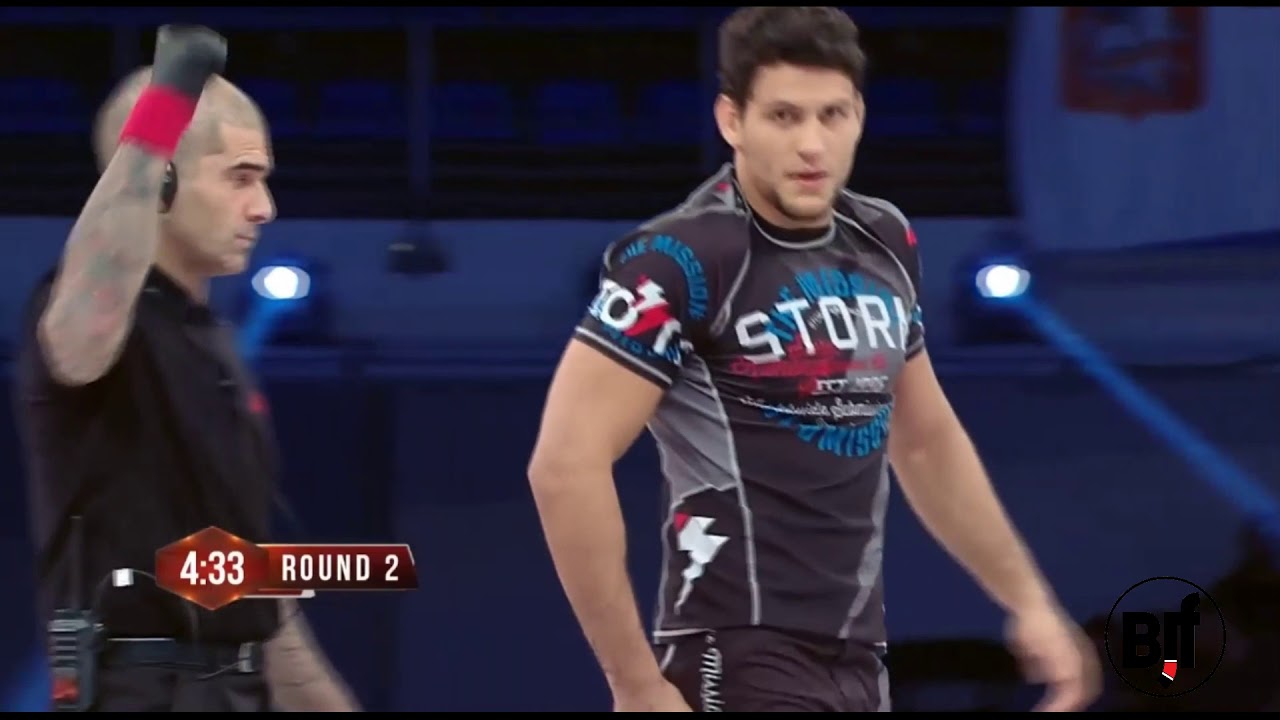 Felipe “Preguiça” Pena is a black belt Brazilian Jiu Jitsu competitor under Marcelo Azevedo. Felipe’s nickname  “Preguiça” is Portuguese and means lazy, or sloth. His nickname was given to him by Vinicus “Draculino” when Felipe Pena was a teenager. Pena was very lazy and slow from being over weight when he first began jiu jitsu. The nickname motivated Felipe to train harder and eventually realize his dream of becoming a competitor. Felipe Pena represents the Gracie Barra – Belo Horizonte academy and is widely regarded as one of the top jiu jitsu competitors of his generation. He has solidified this status from many wins in important competitions such as the ADCC, Brazilian Nationals, and the Abu Dhabi Pro Championship. Felipe is the younger brother of the well known grappler  Augusto “Tio Chico” Carsalade.

The Toughest Guard To Pass - The Easiest Guard To Sweep From: Romulo Barral's Spider Guard Romulo Barral's guard basically doesn't ever get passed, and he sweeps everyone.  As a competitor he won 4 world titles and countless other accolades: Europeans, Abu Dhabi, ADCC, Pan.  He is one of the greatest competitors to ever step onto a mat.  His signature position, the Spider Guard is an absolute nightmare for the guy on top.  His foot placement, on the biceps, chest, other arm is crazy complex to solve and to throw his opponent off even more, he mixes in a side dish of lasso guards..  Then when he is starting to make progress, Romulo goes to X Guard.

If you are some one who is concenred with getting their guard passed, you have to see this.

It doesn't just work for Romulo.  Some of the best young competitors in the world are his students:  Felipe "Preguica" Pena, Edwin Najmi, Gabriel Arges..   Translation: He can teach you to be this good.

Felipe Pena was born in Belo Horizonte, Brazil on October 19, 1991. Felipe was influenced at the young age of 14 by his older brother Augusto Vieira Carsalade to start training jiu jitsu. His first coach was the instructor in charge of the kids BJJ program at Gracie Barra Belo Horizonte. Upon receiving his blue belt, Felipe began training under both Marcelo “Uirapuru” and Sérgio Benini, who were leaders of the adult team at that time. Pena was encouraged to attend as many tournaments as possible throughout the year as he was now being training with a very competitive focus. Pena was very successful at many competitions which led him to the decision of pursuing a career as a professional grappler.

Felipe quickly started to make his own mark in the sport through his own hard work, dedication, and natural talent. He won more than a few important tournaments at purple belt and then brown belt as he started to make a name for himself. As he amassed his competitive wins, Felipe travelled to the United States on many occasions. He would work with another Brazilian Jiu Jitsu legend in Romulo Barral, at Gracie Barra Northridge located in California. Pena would go on to receive his black belt by the end of 2012 from Vinícius “Draculino” and Marcelo.

Pena was suspended for one year by the International Brazilian Jiu Jitsu Federation (IBJJF) in May 2015 for testing positive for a banned substance during the World Championship. After the suspension, Felipe returned stronger than ever, with more to prove. He would go on to win important titles in 2016 such as the European Open, the Abu Dhabi Pro, UAEJJF Tokio, Rio de Janeiro Grand Slams, Marianas Open and more. These victories earned Pena the #1 spot as BJJ’s top competitive earner for the year.

Felipe Pena: Learn Modern Jiu-Jitsu, Be Prepared for Everything!

Did you enjoy reading about Felipe Pena? Then feel free to look through other fighters as well: