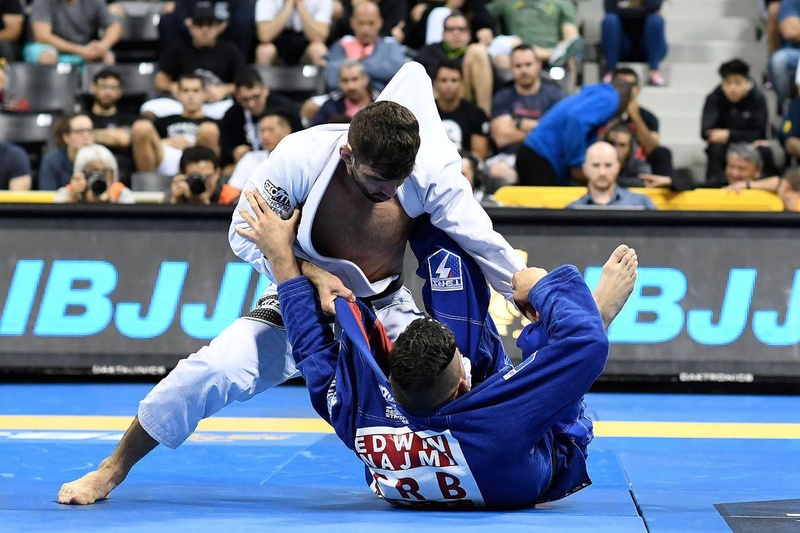 Lucas Lepri is a Brazilian Jiu Jitsu black belt under the renowned Elan Santiago and fights for the infamous Alliance team. Lepri currently resides in Charlotte, North Carolina where he spends his time training and instructing at Lucas Lepri Brazilian Jiu Jitsu & Fitness, an Alliance affiliate. In addition to this, Lucas is an active world class competitor/instructor and teaches seminars around the world at Alliance affiliated schools.

Lucas Lepri solidified his legendary status at the 2016 IBJJF World Championship by showing the Jiu Jitsu community that he is not just a guard passer -- HE IS THE COMPLETE JIU JITSU ATHLETE. In his fourth series, Lucas walks you through his competition proven sit-up guard system for all different scenarios. If you are a fan of great solid jiu jitsu, you don't want to be without this position!

THE SCIENCE OF GUARD PASSING BY LUCAS LEPRI

Passing the guard is a very easy concept when you break it down: you can go over, under or around the person’s legs.  Lucas has taken that concept to a science like no one else in history. His one buzzword in every pass: Precision!

Lucas Lepri was born in the city Uberlândia in the state of Minas Gerais, Brazil on September 19, 1985. Growing up, Lucas loved to play sports and competed in sports such as Judo, swimming, skating, capoeira, and a form of indoor soccer known as futsal. The first time Lucas was exposed to Brazilian Jiu Jitsu was in the year 2000 on a Brazilian MTV program known as “Vinte e Poucos Anos.” It was here that he first saw Fernando “Margarida” Pontes demonstrate his training routine while on his way to the Pan American Championship. Lucas became immediately fascinated by the sport and decided to give it a try. He sought out a local place to train jiu jitsu and found himself at Elan Santiago’s academy. Santiago would prove to be a highly influential trainer in Lucas’ development.

Lucas Lepri’s talent in the local competitive scene was obvious from the very beginning. It was not long until Lepri started adding training sessions at Fernando Terere‘s historic Brazilian Top Team academy after his coach Elan Santiago switched affiliations. Lucas would spend all of 2004 and 2005 training with Fernando until the team closed down. Following this both Elan Santiago and Lucas Lepri joined forced with the infamous Brazilian Jiu Jitsu team Alliance. Lucas Lepri received his black belt by the end of 2006 after winning the world title at the World Championship as a brown belt as well as placing 3rd at the Pan American. It was a quick rise to fame as Lepri shocked the grappling world. In his very first year as a black belt Lepri had already conquered his first world title.

As Brazilian Jiu Jitsu became more and more prominent in the United States, the Alliance academy was in need of another coach to help run classes at the team’s New York Academy. Lucas Lepri took the offer and in 2008 he moved to New York and started one the most competitive era of his career.

Concepts About Balance & Base With The Best On It - Lucas Lepri

Did you enjoy reading about Lucas Lepri? Then feel free to check out other fighters:

Consider to check other instructional videos by Lucas Lepri: