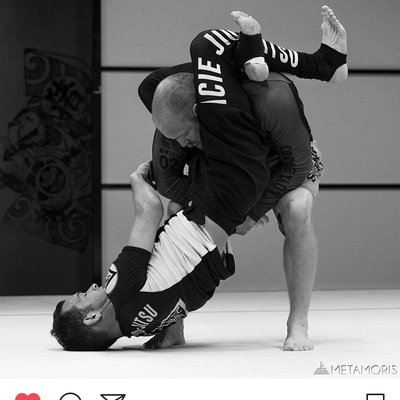 Joel Bouhey, a Maui, Hawaii native, is a jiu jitsu black belt under Luis Heredia. Joel spends a lot of time training and teaching his innovative style of Brazilian Jiu Jitsu. Joel Bouhey is known for his invention of the falcon guard, a simple tweak that turns a regular closed guard into a closed guard on steroids. As a position originally developed for Mixed Martial Arts (MMA), the falcon guard is designed to give a grappler superior leverage that is very difficult to manage.

THE FALCON GUARD BY JOEL BOUHEY

Trap And Tap Everyone With Reverse Triangle The World by Joel Bouhey: This is the Submission They Will Never See Coming Enter the wide world of triangles with coach Joel Bouhey, as he gives you a complete breakdown on the signature reverse triangle choke.

Knee on Belly to Reverse Triangle by Joel Bouhey