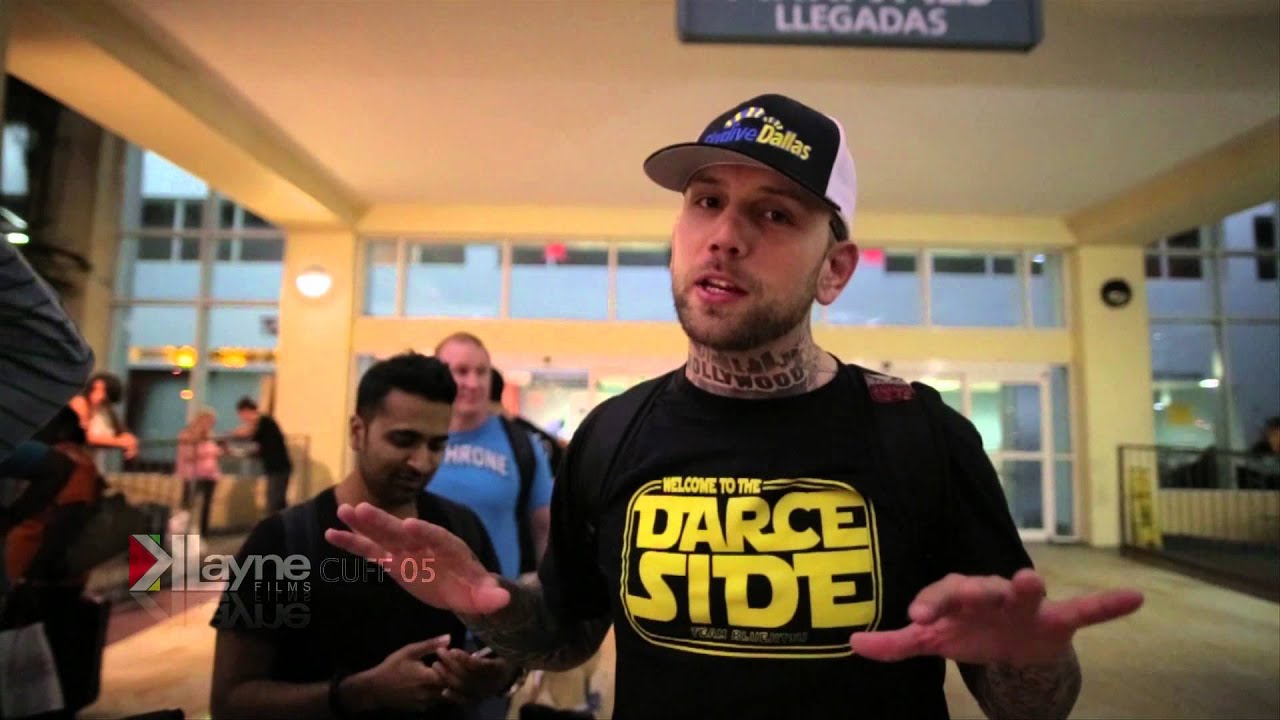 Brandon Quick is a BJJ Black Belt, Instructor, Combat Vet, and Father. He got his Black Belt from Jamie Walsh. He has also trained extensively with Eddie Bravo when he was a brown belt, and was one of the top brown belt competitors for 10th Planet Jiu-Jitsu. But through some controversy in regards to Brandon's brown belt, Brandon left the 10th Planet System.

Brandon is known for his attacking approach to Jiu-Jitsu and life. He goes for the finish. He a great gi and no gi grappler who has slick chokes and great leg attacks.

He not only teaches gi Brazilian Jiu Jitsu and No Gi Submission Grappling, but also works in the MMA industry as a coach, commentator and corner-man.

Brandon has competed and medalled in many competitions, exact counts are not know. His school and his students success is what Brandon considers his true achievements. Below are achievements from BQuick JJ including Brandon but he sees himself as an instructor and coach more than a competitor. Brandon Quick teaches a HUGE variety of chokes including his famous D'arces in this 6 volume DVD / On Demand set. Brandon shows you chokes that are some of the latest innovations of darces, peruvian neckties, guillotines, arm triangles, and gators and chances are your opponent hasn't seen most of these!

Brandon Quick grew up in San Fernando Valley California. He lived with his mother, who would also foster kids. At some points, there would be 7 kids in the house. He didn't grow up in the slums, but it wasn't the best either. He got into trouble a lot as a kid, especially fighting. According to his own admission, he just loved to scrap. Fighting on the front lawn, in garages, wherever. He just loved to fight.

Seeing no other path for himself, he joined the Army in 1999 and was off to Basic Training in 2000.

He specialized in explosives in the Army, and was among the first troops in Iraq when it kicked off in 2003. Brandon cites that the war was different then. Less politics "we smashed the enemy". Brandon is also very anti media / main stream news and our overall societies approach to our troops and veterans. Much of his extensive tattoo work is influenced by his time spent at war.

“My whole left arm is evil – dead friends, skulls, ghosts, Iraq and a spider web represent all of the bad stuff I have experienced in my life. My right arm has the crucifixion, Jesus, two arch angels, my daughter’s name and phoenixes all symbolizing my turn to Christ and rising out of the ashes. The battle of good vs evil is on my chest with my name in the middle because we are all caught in that battle. I have FTW [F**k the world] on my bottom lip [that I got] when I was at a point in life when I hated life. Now I love life, my wife and new daughter. My calf has a person’s face splitting open to a skull reminding me of two-faced people”

His exposure to Jiu Jitsu came from the typical story of seeing Royce Gracie in the early UFCs. Brandon started BJJ around 1996, but also liked the striking arts as well.

What intrigues Brandon the most about Jiu Jitsu, and still keeps him motivated today is the strategy and approach to Jiu Jitsu that makes it like a chess match. He strives to give this gift to his students. He trains his students for the cage, street and competition - but it's just the same. "I teach them that BJJ is finesse, an art form but at the same [it is] kill or be killed."

And Quick takes great pride in making sure his students are ready for whatever situation they encounter, and he places a high value on the student/teacher relationship. He wants to impart to his students his style of grappling, teaching, his values and the importance of being open-minded to learning.

He cites his school's success is in strong fundamentals but also keeping up with the constant evolution of BJJ and cross training in Sambo, Judo, Wrestling and MMA. Ryan Hall, Drysdale, Eddie Bravo, Jamie Walsh, Gui Mendes, Judo Olympian Brian Olson, Keenan Cornelius are some of the names that have taught at BQJJ headquarters. Brandon is known for his ability to translate information to his students very well and have them apply what they just learned immediately into their game. He calls his teaching style “Attacking Muscle Memory.” Attacking the movements of a grappler’s habits is what catches an opponent off guard. He is also known for his knowledge of Leg Locks. Jiu Jitsu Magazine featured him twice and one of them was a 10 page spread on leg locks.

Quick is also an active competitor himself and takes his training very seriously. He trains 5 days a week, mostly 2 days a week. He is an avid believer of cross training not only with different BJJ athletes, but different disciplines, such as wrestling. He school offers wrestling classes / club as well.

Though Brandon trains in the gi, he prefers no gi. He finds the gi game more restrictive and prefers no gi where everything is legal: leg locks, cranks, slicers, twisters, etc. He likes competition where anyone can compete. Submission Wrestlers, BJJ guys, Judo, Sambo, MMA fighters, whatever. Brandon doesn't like the rules in IBJJF, though he likes the gi, he just prefers no gi.

Brandon's favorite techniques are chokes, especially d'arce chokes and close behind is leg locks. Many of his instructional DVDs focus on chokes.

Leg Weave, Knee Slice vs Half Guard to Darce
Pass the Knee Block Half Guard with posture and proper hand placement and crushing space. Brandon tops it off with a Darce

Enjoyed reading about Brandon Quick? Then feel free to check: