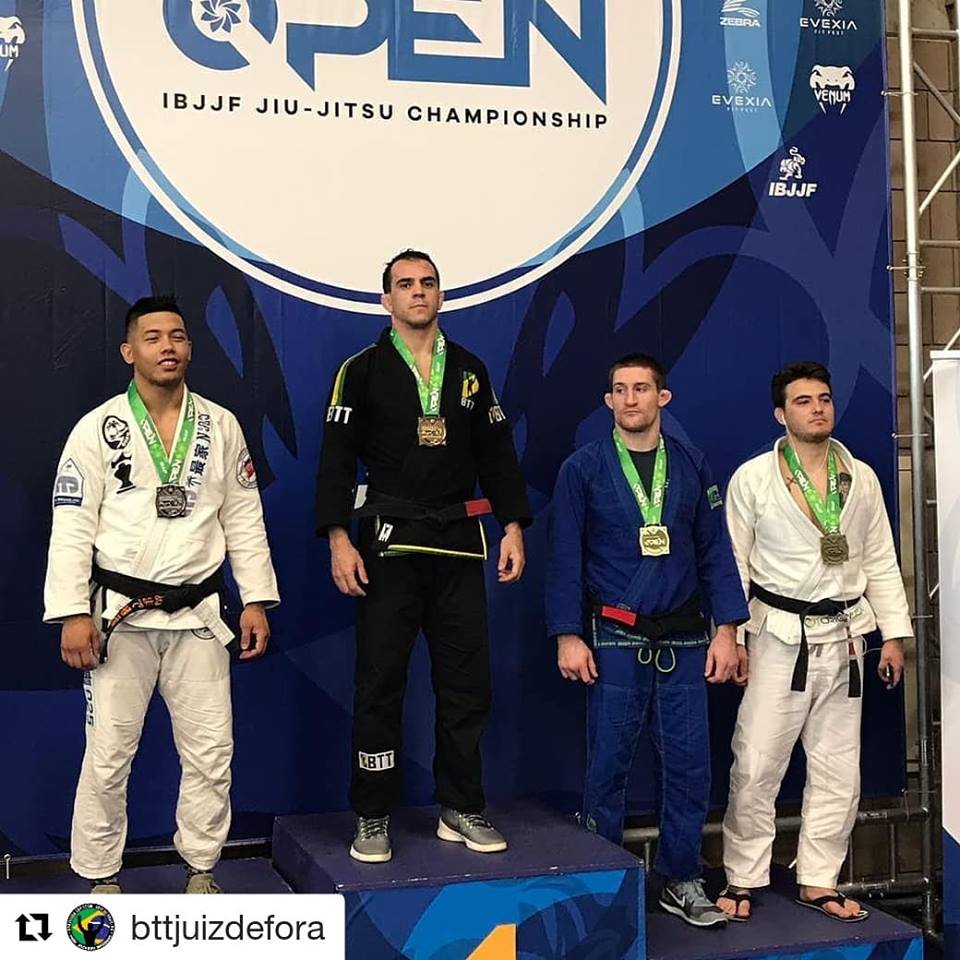 Gabriel “Timbó” Procopio is a Brazilian Jiu Jitsu black belt under Master Ricardo Marques representing Brazilian Top Team (BTT) as one of their stand out competitors. Gabriel has had a tremendous amount of success world wide in both BJJ and professional Mixed Martial Arts with a record of  2-0-0, 1 NC. Gabriel is currently teaching jiu jitsu and MMA classes at Dethrone Base Camp in Fresno, California, where he lives.

Half Guard Destruction By Gabriel Procopio

Gabriel Procopio Had Two Options: Learn To Pass Half Guard Or Get Left Behind. This is what lead to the development of his half guard system, his main training partner for a decade was half guard master, Bernardo Faria.

Gabriel Procópio da Fonseca is 30 years old, from Juiz de Fora, MG, Brazil. Gabriel has a degree in Environmental Engineering from the Federal University of Juiz de Fora. He began training at the age of 12 at the Olympia Academy (currently BTT JF) in Juiz de Fora, with Master Ricardo Marques. Gabriel was initially interested in training boxing or muay thai, but his mother, Andrea, deemed it too aggressive and dangerous for a boy his age. Instead she proposed jiu jitsu to Gabriel, exposing him to the sport he would eventually become a talented athlete in. Andrea worked in the gym where Master Ricardo Marques was coaching at the time. She took Gabriel to a class, and within a week he had already bought a gi and started training.

When Gabriel first started training he did not take it very seriously. He would train twice a week, and enjoyed the lessons, his Master, and his training colleagues. But it was not until his first jiu jitsu tournament in Juiz de Fora that Gabriel really discovered his passion for grappling. Gabriel has been quoted as saying, "the adrenaline and energy before and during the championship made me fall in love with the sport and want to dive headlong into this sport."

Gabriel Procopio was a stand out athlete at the IBJJF Long Beach Open in 2017. In the semifinal, Gabriel won 6 – 2 against Yan “Woodpecker” Lucas to qualify for the final. It was here that he met his toughest opponent, Victor Silvério, who just won the Abu Dhabi Grand Slam in Los Angeles, and was one of the biggest names in the current average weight division. Procopio is specialized in takedowns and attacks on the knees and feet, and his opponent did not escape from one of them.

Gabriel Procopio is still competing in some of the World’s most prestigious events. He plans to continue to compete in all major IBJJF championships such as the Pan American and World Championships. Now training in muay thai, Gabriel is considering a return to MMA where he currently has had 3 fights with 2 of them being wins.

Back Take From Lapel Pass Arm Trap by Gabriel Procopio

Inverted Arm Bar as a Deep Half Counter by Gabriel Procopio

Linking Half Guard And Pressure Passing by Alexandre Vieira