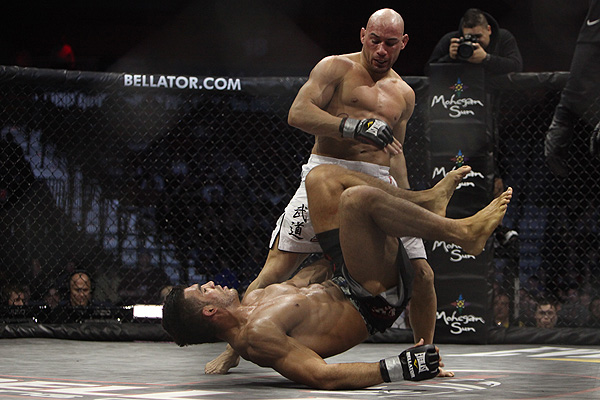 No Gi Takedowns Made Easy by Rick Hawn: The Most Successful Male Judoka In MMA Of All Time Will Show You An Easy Set Of Throws & Foot Sweeps That Will Allow You To Quickly Take Down Virtually Any No Gi Opponent

Rick Hawn was born September 15, 1976 in Chicago but grew up in Eugene, Oregon. Hawn began training judo at the age of 12 when his father picked up the sport. Hawn continued competing in judo as he attended South Eugene High School. He also competed in football and wrestling during his senior year.

Upon graduating high school in 1996, Hawn qualified to live on location at the Olympic Training Center, located in Colorado Springs, Colorado. It was here that he would train judo for 8 more years, ultimately qualifying for the 2004 Olympic Games. Hawn went 2 - 2 at the Olympic games, finishing in 9th place. Hawn also won two medals at the Pan American Games as well a numerous medals at the US National Championships. Hawn moved to Boston to train with bronze medalist Jimmy Pedro after the 2004 Olympic games. Aftering failing to make the 2008 Olympic Judo team, Hawn began preparing for a career in mixed martial arts.

Rick Hawn’s professional MMA debut came in January 2009 in Worcester, Mass. It was here that Hawn won by technical knockout in the first round. Hawn would go on to win his next eight fights over the next two years, six of them being by technical knock out. Then during March 2011, Hawn started to comepte in Bellator MMA’s Season 4 Welter Weight Tournament. Hawn defeated Jim Walhead in the quarter finals by unanimous decision. He then beat Lyman Good by split decision in the semi finals.

After a strong showing in the Season Four Tournament, Hawn was planning to return to the cage as part of Bellator's Season Five Welterweight Tournament. However he was prevented from doing so by an injury he received during training. Hawn returned in the Spring of 2012 to participate in the Season 6 Light Weight Tournament. This would be the first time Hawn dropped down to light weight in his career. While a light weight, he faced Ricardo Tirloni at Bellator 62. Hawn hit Tirloni with punches and hammerfists on the ground and the fight was stopped at 2:36 of the opening round. He then faced Lloyd Woodard in the semi finals at Bellator 66 on April 20th, 2012. Hawn won this fight by knock out in the second round. He then won a fight via unanimous decision against Brent Weedman in the finals on May 25, 2012 at Bellator 70 in New Orleans, Louisiana.

Hawn faced Karo Parisyan whom Hawn had twice defeated in judo competition at Bellator 95. Hawn was able to land a right cross knocking Parisyan to his knees and landed repeated hammerfists on Parisyan prompting the fight to be stopped 1:55 into the second round. In 2013, in his second welter weight tournament, Hawn defeated both Herman Terrado and Brent Weedman by unanimous decision. Hawn won via knock out in the third round in the finals against Ron Keslar at Bellator 109. Hawn would then go on to face Douglas Lima for a vacant Bellator Welter Weight Championship at Bellator 117. He lost the fight via TKO in the second round when his corner stopped the fight. Hawn’s last match for Bellator would be against Dave Jansen on October 24th, 2014 at Bellator 130. He lost the fight via unanimous decision. In November 2014, Hawn announced on Twitter that he had been released from the organization.

Following his time at Bellator, Hawn signed with Titan Fighting Championship. He made his debut in a light weight bout at Titan FC 32 on December 19, 2014 against Carlo Prater. Hawn won this fight by unanimous decision. He that went on to defeat Pat Healy by split decision for the vacant Titan FC Light Weight Championship at Titan FC 35. Hawn officially retired on October 19, 2015, as reigning Titan FC Light Weight Champion.

Did you enjoy reading this piece? Feel free to look though other blogs: