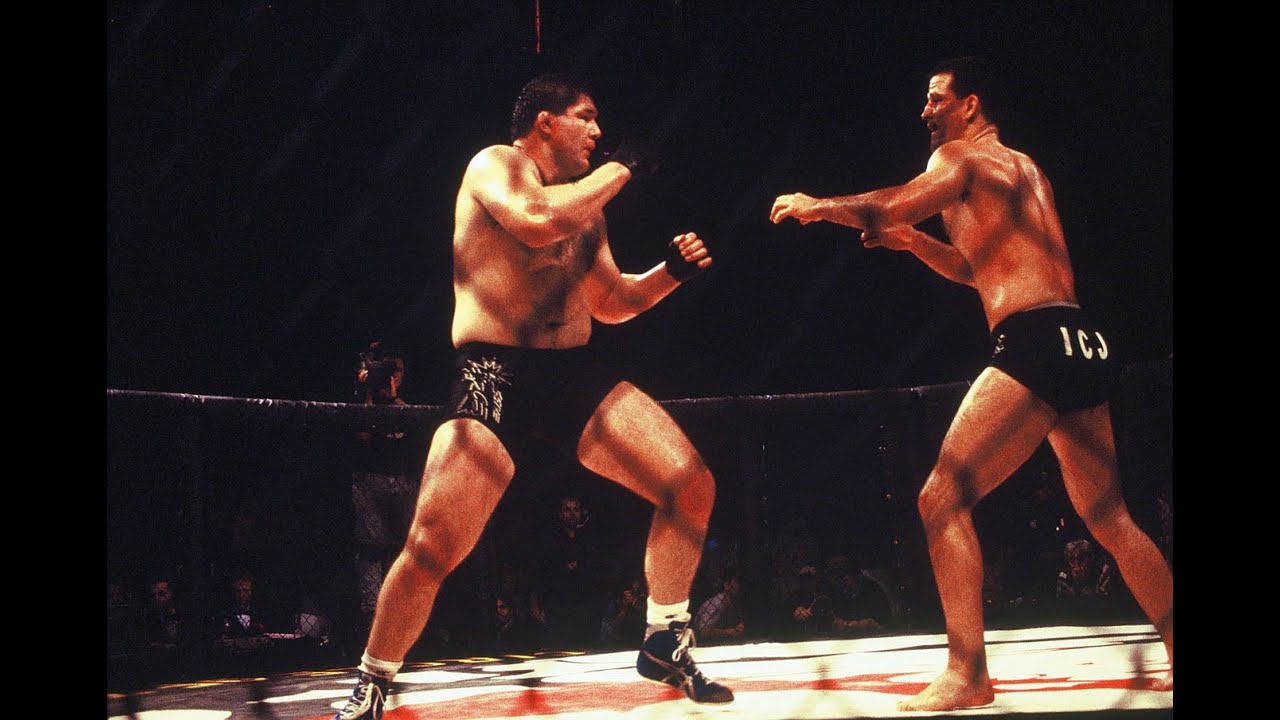 Murilo Bustamante is considered a legend in two of the most demanding combat sports around. He is a former UFC Middleweight Champion, BJJ World Champion, and founder of Brazilian Top Team, which is one of the top MMA teams in the world. He was one of the top stars of the Carlson Gracie Academy, one of the top BJJ schools and team, before he transitioned into MMA and founded BTT. BTT has produced many of the top MMA fighters around and several champions including; Vitor Belfort, Paulo Filho, the Nogueira brothers, Bigfoot Silva, and Rousimar Palhares.
Murilo is probably best known for his UFC title defense where he had to tap Matt Lindland out twice.

Murilo has had an extensive grappling and MMA career and is considered a legend in both sports. Not too many people can say that they’ve earned that distinction. Some of Murilo’s top accomplishments are;

Murilo has been head coach for Brazilian Top Team since he founded it in 2000. Murilo has produced many champions through BTT and is considered one of the top coaches in the sport.

He also has two DVD set on his pressure game right here on BJJFanatics.

Murilo Bustamante was born July 30th 1966 in the Arpoador area on the coast of Rio de Janeiro. Growing up so near the ocean, Murilo originally wanted to be a professional surfer when he was younger, but luckily for us he found Brazilian Jiu-Jitsu at 10 years old and went on to form the top MMA team as an adult. Murilo started his combat sport journey with Judo at 5 years old, which he continued to cross train in after he found Brazilian Jiu-Jitsu. At 10 Murilo began training BJJ under one of the top coaches and fighters of all time, the legendary Carlson Gracie, the son of one of the founders of Brazilian Jiu-Jitsu, Carlson Gracie Sr. Murilo’s two brothers had already been training with Carlson for some time and the young Murilo would often go to the academy to watch them roll. He says he remembers always bothering everyone when he was there, but when he started taking the kids class he adapted very quickly to the serious nature of the training at Carlson’s. He said he picked up Jiu-Jitsu very quickly because of his previous Judo training. He instantly fell in love with the sport of BJJ and says it was very natural for him. Murilo says Carlson is a very competitive person and he would instill a fighting spirit in all his students leading the Carlson Gracie Academy to be one of the top schools at the time. They used to compete against all the other Gracie Academies in the area, it was Carlson going against the rest of his family. It was like war. Coming up in this type of competitive environment led Murilo to begin his competition career at 14 years old and quickly rose to one of the top fighters at Carlson’s as an adult.

In 1991 at the age of 25 Murilo was introduced to Vale Tudo and his path was forever changed. At the time there was a large rivalry between Brazilian Jiu-Jitsu and Luta Livre and the Luta Livre schools challenged the BJJ schools to No Holds Barred fights to see who would come out on top. Luta livre is a Brazilian style of catch wrestling while BJJ originated more from Judo than catch. The catch as catch can style arrived in Brazil through Rio de Janeiro in the early 20th century by European emigrants, and was passed on to the locals. By the start of 1930s Luta Livre had become one of the rivals of Gracie Jiu Jitsu, with Carlos Gracie and Manuel Rufino being one of the most discussed feuds during those times. This feud lasted for decades with several dojo vs dojo fights and the famous Rickson Gracie vs Hugo Duarte beach brawl happening in the 80s. After these notorious events the rivalry seemed to settle down and Luta Livre started to loose popularity, until 1991 when future BJJ legend Wallid Ismail told a Rio Newspaper that Luta Livre was just a bad copy of Jiu-Jitsu. Of course this angered the Luta Livre guys and they issued a challenge. This challenge caught the attention of a major television company and the Desafio Jiu-Jitsu vs. Luta Livre (Jiu-Jitsu vs Luta Livre Challenge) was born. Being one of the top black belts at Carlson’s, Maurilo was chosen as one of five representatives of Jiu-Jitsu to fight in the challenge. Two of the bouts ended up getting cancelled, but the remaining three were easily won by the Jiu-Jitsu fighters, including Murilo’s where he completely dominated his opponent who refused to return to the ring after he fell out of it. Despite his utter and complete dominance of his opponent, Murilo did not compete in another Vale Tudo fight for over five years, instead focusing on his BJJ. This changed in 1996 when he stepped back into the world of NHB fighting against 260lb Judoka and former UFC fighter Joe “The Ghetto Man” Charles. Murilo won the fight via arm-triangle in just over 3 minutes and his MMA path was started. Murilo fought several more times before his UFC debut in 2000 at UFC 25. Despite losing to Chuck Lidell his next UFC fight (Who wasn’t losing to Lidell back then?), Murilo was offered a Middleweight title fight against Dave Menne at UFC 35 at Mohegan Sun Casino in Connecticut. Murilo won the title by TKO 44 seconds in the second round. Murilo’s first title defense will always be known for the infamous “Double Tap” by Matt Lindland. Murilo had Matt’s arm fully extended in an armbar and released it when Matt appeared to tap and there was a shout from referee “Big” John McCarthy to stop the action. Lindland protested that he did not tap, and in a rare mistake from Big John, he told the fighters to continue. Now Murilo easily could have let this go to his head and have it negatively affect him, but he did no such thing. He kept his composure and choked Lindland in a guillotine choke in the 3rd round regaining his title. The first and only title defense where the champion had to beat his opponent twice.

While Murilo was on top of the world in the cage, backstage things were in turmoil. 2000 saw a major split in the Carlson Gracie academy, with many of the top fighters leaving. The feeling was Carlson no longer was spending enough time coaching at the gym, instead spending time at his new home in Chicago. The mass exodus started with Vitor Belfort, who actually went by Vitor Gracie in his early MMA fights. The writing was on the wall for the end of Carlson’s, but Murilo was focused on his upcoming UFC debut in Tokyo against Yoji Anjo. It was when he returned after the fight that he had found out he had been expelled from the gym. Murilo didn’t let this set back slow him down in the slightest, he quickly formed a new team but it was short lived. He soon teamed up with Bebe Duarte and Mario Sperry to form Brazilian Top Team. They quickly gathered up many of the top fighters of the time, with many of them coming from the old Carlson Gracie Academy. BTT would become one of the top MMA teams of all time and had an epic rivalry with the Chute Box Academy in the Pride Fighting Championships.